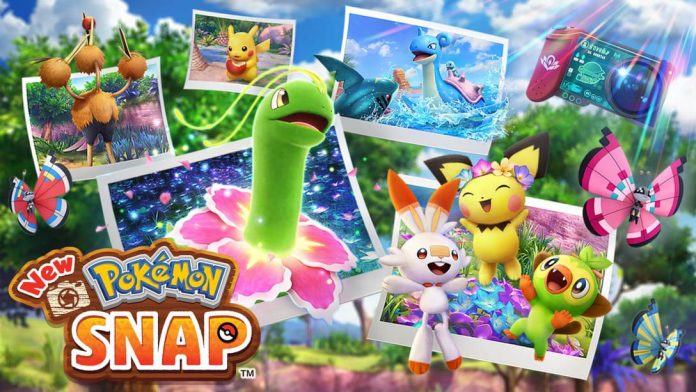 Since the first game for Pokemon was made in 1996, one of the most defining points of the Pokemon franchise has been the fact that every game revolves around collecting Pokemon and battling other Pokemon. The only exception to this was the game made in 1999 known as Pokemon Snap. This game was developed by HAL Laboratory and published by Nintendo. The game offered a unique experience in the Pokemon franchise as rather than catching, collecting or battling other trainers, it was all about taking pictures of Pokemon.

This year Nintendo while celebrating its 25th anniversary has decided to revive the game. While the original Pokemon Snap was a great hit with its rail shooter style gameplay mechanics, New Pokemon Snap distinguishes itself from the original game with the addition of new as a part of the game title itself.

Also read: Future bright for girls who game — it is a far cry from the 1990s

Luckily for us this is not the only thing that has been changed in the game. For starters the graphics are much better and we have a far more futuristic vehicle of choice being loaned out to us in the remake. To be honest I much prefer the Neo-One that is being loaned out by Professor Mirror in this game. I am also happy to see the fact that the game makes an effort to distinguish itself from the rest of the franchise by being based in a never-heard-before region of the Pokemon universe, the Lentil region.

Getting into the gameplay aspect, my favorite part about this game has been the fact that it was quite a relaxed experience. Unlike with games that are focused towards battles and catching of Pokemon, the fact that one is only expected to take pictures while being moved around on a self-driving futuristic hover pod-like vehicle is pretty cool.

Unfortunately, these are the only points I liked about the game. Quite honestly the game New Pokemon Snap fails to impress or even bring out a new experience. There are several things that just don’t site right with me about this game. The biggest of these is the fact that I was promised a new game region and a new Pokemon professor, but I only got the new game region. Professor Mirror while supposedly a new character looks like a recycled version of professor Birch from the Hoenn region from the third generation of the mainstream Pokemon games (Pokemon Ruby, Pokemon Sapphire and Pokemon Emerald).

As a big fan of racing games and vehicles in general, I was shown this really cool looking vehicle and I have no way of controlling it, this fact alone is one that makes me want to cry. Also due to the fact that I can’t control the vehicle in any manner, the research journey becomes rather monotonous after a while. The player is expected to sit through a pre-decided route (which we can’t even decide on our own) and click pictures while doing scan of the area and throwing fruit to attract the attention of Pokemon.

Moving on past my personal gripe with not being able to drive the Neo-One, the camera provided is actually quite basic by today’s standards. Sure, you have a little pointer that lets you adjust the focus and a zoom function, but more advanced camera features such as exposure are missing. Although the player does get access to a burst mode, it is only after finishing the main storyline of the game. This is a really weird design choice if one is to ask me, but maybe it is meant to act as an incentive for players to progress their game.

Other than the burst mode being locked away until the main storyline of the game has been finished, I am a little irked by the absolute lack of incentives to progress in the game. There is not even a feature such as player challenges.

The game already lacks a lot, but to take this one step further there is also the fact that the game does not feature all 893 Pokemon that exist within the Pokemon universe. There are only about 200 of these that actually make it into the game. This makes me feel that game is set up more like a Pokemon zoo rather than a Pokemon research and photography game.

Considering the fact that the game is lacking in so many ways, I really wish this game had been marketed as a beta stage or an early access game at the very least. The issue of not all Pokemon being present within the game is one I feel that could be remedied at a later stage with either an update or an expansion pass.

My gripe with the camera being too basic is also one I hope is addressed in the form of an update. I also feel that there should be some effort by the developers to try and create a social media connect for the game, one that would allow players a direct and easy method of sharing my favorite picture with my friends rather than having to go through the effort of taking a screenshot on my switch and sharing it from outside the game. As for the issue of being forced to only travel in a pre-decided route with zero ability to control the vehicle (not even stop it in a bid to get a better shot) is one that I feel should have been addressed long before the game was made publicly available.

The price and all that…

With all the facts put in front of me, what do I think of this game? Quite honestly I have mixed feelings. At one level as a concept, I really like the fact that Pokemon Snap and New Pokemon Snap are trying to create a different kind of gameplay experience from what the Pokemon franchise has done in every other title to date.

However, as I mentioned before, the game misses out on too many features that I thought would be common sense to add. As for the price of $60, $59.99 to be exact, is a bit overpriced if you ask me. I would have considered this game value for something around the $20 mark. To me the game would have made a lot more sense in its current state if it was either cheaper or offered as an exclusive for those who chose to pay for Nintendo Online.

Second wave of Me Too pushes gaming companies to act

It is a field day for esports, gamers even amid COVID-19 shutdown