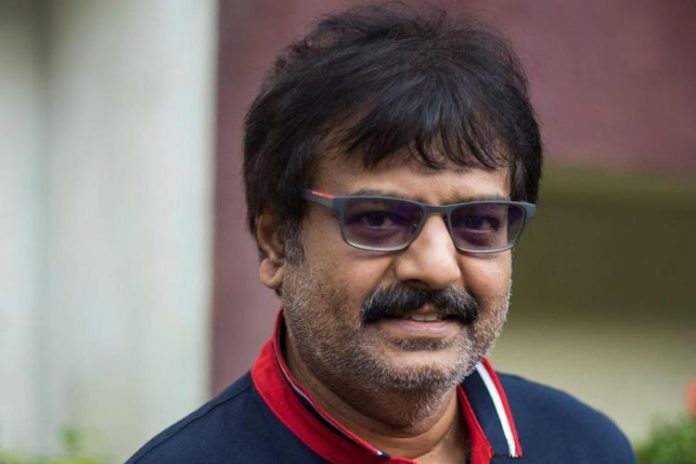 Tamil actor Vivekh, known for his thought-provoking comedies and who suffered a heart attack on Friday, passed away in Chennai early morning on Saturday (April 17). He was 59.

Vivekh had got vaccinated for COVID 19 on Thursday (April 15).

Born as Vivekanandan in the Tenkasi district, the actor who was better known by his stage name Vivek, graduated from The American College in Madurai. It was during his college days that he tried his hands in acting and mimicry by participating in various cultural shows.

After completing his graduation, Vivek reached Chennai and joined the Madras Humour Club. It was a period when ‘solo standup comedy’ was getting popular and Vivek pioneered this form of performance. Through the club, he got introduced to  filmmaker K Balachander, who gave him an opportunity in the film Manathil Uruthi Vendum (1987).

The actor, with his lean, innocent body language and fast delivery of dialogues, was well received by the audience and Balachander continued to cast him in other films like Pudhu Pudhu Arthangal (1989) and Oru Veedu Iru Vaasal (1990).

Till mid-90s, he got only a couple of scenes in movies. His popularity began to rise gradually due to his talents not only in acting but also in writing his own dialogues and his perfect comic timing. Between 2000 and 2010, Vivekh was a big name in Tamil cinema — filmmakers have him separate comedy tracks even in mass hero films.

He created some memorable characters through his performances, like Megaserial Mahadevan (Dhill), where he takes a dig at how TV serials are made and how they turn women superstitious, and Venkatraman (Saamy), in which he criticises the caste discrimination by playing the role of a Brahminical temple priest. It was through such characters that he earned the moniker Chinna Kalaivanar. (The word Kalaivanar refers to yesteryear comedian NS Krishnan who was known as NSK. He used to deliver social messages through his comedy sequences).

His rise faltered a bit in the mid-2000s, as his rival Vadivelu came up with a new form of comedy. While Vivekh not only made people laugh but also made them think, Vadivelu made fun of himself on screen and reached people through his tongue-in-cheek one-liners, which went on to become a part of everyday vocabulary in Tamil. Though Vivekh continued to do films till 2010, his screen presence reduced due to the emergence of young comedians like Santhanam.

Post 2010, Vivekh did not have separate comedy track because by then the industry’s trend had shifted to action films, with the main hero getting more importance. However, Vivekh adapted to this change by doing character roles, which also earned him a lot of praise.

His last films Vellai Pookkal (2019) and Dharala Prabhu (2020) were well appreciated by the audience because of his matured performance.

During his peak, he received offers to be cast as the main hero, but some of the projects never got released and others such as Naan Thaan Bala went unnoticed. His lead role in Vellai Pookkal was a departure from the usual stunt-song-and-dance sequences normally associated with heroes.

Vivekh was also known for his social work like tree planting. His admiration towards former President APJ Abdul Kalam made him start projects like ‘Green Kalam’. He was also appointed as an ambassador for the ‘plastic-free Tamil Nadu’ campaigns of the current government.

For his acting prowess in films such as Unnarugey Naan Irundhaal (1999), Run, Perazhagan, Saamy, Parthiban Kanavu (2003), Anniyan and Sivaji, Vivekh won three Filmfare awards and five Tamil Nadu state awards for Best Comedian. In 2009, he was awarded with Padma Shri.

He is survived by his wife Arulselvi and two daughters Amirthanandini and Tejaswini. His son Prasanna Kumar died in 2015 at the age of 13 due to complications caused by dengue.