The online world is abuzz with a video showing a leopard effortlessly leap over a tall gate while chasing its prey. The video emerged on social media a few days ago and the big cat’s stunning jump over the gate has since captured the attention of lakhs so far.

The video was shared on Twitter by Nikit Surve, a Mumbai-based wildlife biologist researching human-leopard interactions. Surve said he received the clip over WhatsApp and hailed it as a testament to the agility and skill of leopards.

Indian Forest Service officer Susanta Nanda shared the same video on Twitter. Nanda wrote: “A leopard is known to leap over 20 feet and can jump up to 10 feet into the air. Such a powerful big cat.”

The black and white CCTV footage shows a small animal run between the metal bars of the gate at top speed. Some viewers say it was a cat while others said it was a dog. Moments later a leopard appears on screen and vanishes within moments as it leaps over the gate in pursuit of its prey.

The video doesn’t mention the location, but some people in the comments section said it happened in Mount Abu, Rajasthan.

Struggle for existence. Leopard on its heels, chasing one of its favourite prey.

A leopard is known to leap over 20 feet and can jump up to 10 feet into the air. Such a powerful big cat.. pic.twitter.com/tZ3rjVJTmP

‘What a jump! But I’m sad for the dog. Did the wild cat caught hold of the poor dog?Face with cold sweat’

How far would they go?

Here’s a comparison between cats to know who has the longest jump. Meanwhile, a human isn’t out of the competition. 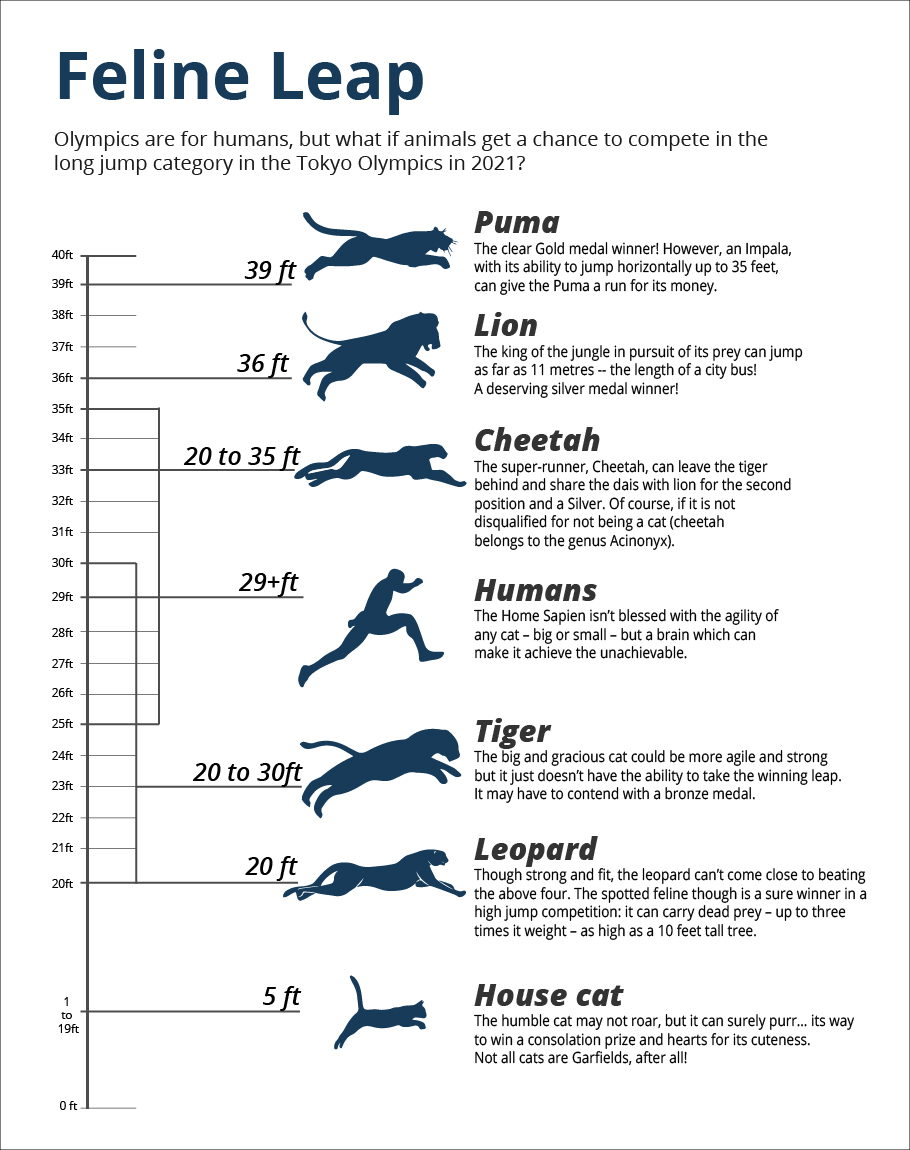