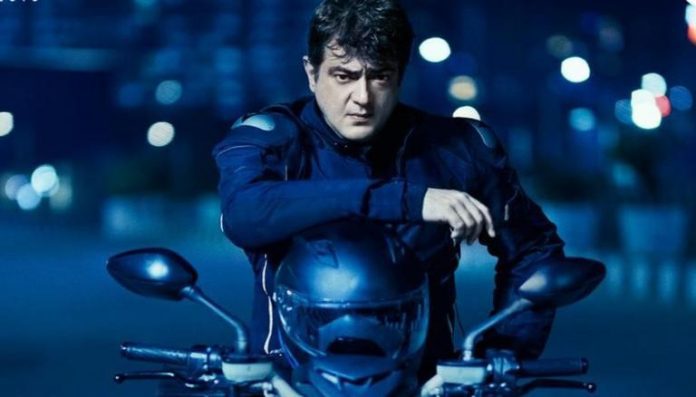 Under the new restrictions, TN has allowed theaters to operate with 50 per cent occupancy till January 10th. If this rule continues after January 10, Pongal film releases are then expected to be hit. Pic Twitter

The trailer of Ajith’s action-thriller biker drama ‘Valimai’, which is slated to hit the big screen on January 13, was just released a few days ago and quickly went viral on social media. Directed by H Vinoth, (who made ‘Nerkonda Paarvai’, the Tamil remake of Bollywood film ‘Pink’), the film has been in the making for the last two years.

But with the surge in COVID cases and a rising Omicron threat, theatres are once again being shut in cities like Delhi. Under the new restrictions, TN has allowed theatres to operate with 50 per cent occupancy till January 10th. If this rule continues after January 10, Pongal film releases are then expected to be hit. 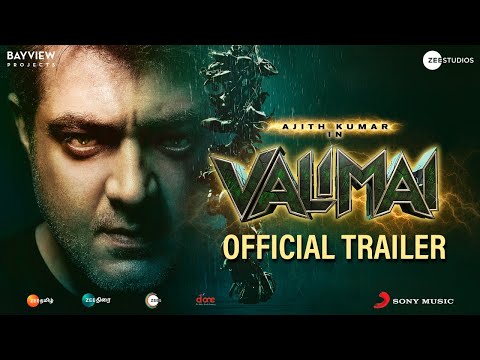 The ‘Valimai’ trailer shows Ajith as a duty-bound police officer Arjun, who is after a ruthless and mean biker gang robbing ATM vans. The gang is led by Kartikeya Gummakonda who seems invincible until they come up against Ajith’s character. But due to some turn of events (from the trailer), Ajith is suspended and he goes after the vicious gang on his own. There are some death-defying stunts on the bikes. 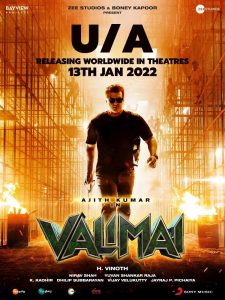 According to a media report, director Vinoth learnt that the late CM Jayalalithaa directly appointed a racer as a policeman and used one incident as a small inspiration for ‘Valimai’.

The film is bankrolled by Boney Kapoor and also stars Bollywood actor Huma Qureshi, Karthikeya, Bani, Sumithra, Achyunth Kumar, Yogi Babu, and others. Valimai marks Boney Kapoor’s second collaboration with Ajith and H Vinoth. The film industry in India is once again facing the brunt of COVID as big films like Ranveer Singh ’83 on India’s spectacular win at the World Cup underperformed at the box office, while Shahid Kapoor’s Jersey was postponed.

Film analyst Taran Adarsh tweeted that the ‘game is over for the film industry with cinema halls shutting down again. “The game is over. It is disastrous. The industry was just starting to get back on track and now once again it has been hit by COVID-19,” he said.

Free to take whatever action you wish: Prenee...