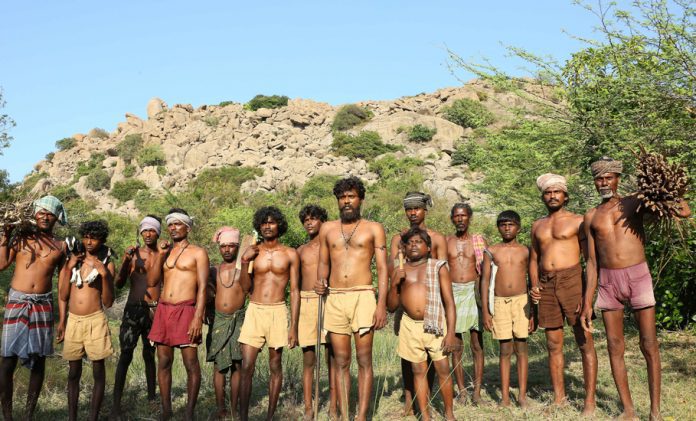 More support poured in for Tamil actor Suriya on Tuesday after the Vanniyar community took offence to certain portrayals in his recently released film Jai Bhim and continued to criticise him.

Director Bharathiraja, who is the president of the Tamil Film Active Producers Association, said “encouraging violence against Suriya is wrong and sets the wrong example”.

“Cinema is a medium that discusses almost all topics, ranging from love, education, social reform etc. Cinema predominantly aims to bring betterment. Cinema has influenced and been a catalyst for social change on multiple occasions. It is ultimately left upon people to decide to interpret it the way they want,” he said in a statement.

“Jai Bhim is also one such creation that is part of efforts to instigate social change. A movie produced by Jyotika and Suriya and directed by Gnanavel. Viewing him as someone who is against positive change in society or encouraging violence against him, is wrong and sets the wrong example. The best thing to do would be to let an art stand for itself without infringing the creators’ artistic freedom. If this trend goes on, filmmakers will have to wait outside the houses of politicians to seek their approval before they could go ahead with a script and shoot a film,” the statement said.

The director also asked communities to reach out to the film industry with their concerns. “If your criticism is accurate, we are welcome to accept and change our mistakes,” the statement added.

The Pattali Makkal Katchi, a political party of the Vanniyars, had taken offence to a certain aspect in the film Jai Bhim, which they alleged was “insulting” to the community.

The Vanniyar Sangam has issued a legal notice to makers of Jai Bhim, seeking an unconditional apology, removal of references to a symbol of the Vanniyar community, and ₹5 crore in damages.

The reference has been removed from the film which was released on Amazon Prime Video, according to reports.

The South Indian Film Chamber of Commerce (SIFCC) too came in support of Suriya, and asked PMK leader and former Union minister Anbumani Ramadoss to refrain from criticising the actor.

SIFCC President Katragadda Prasad said  after the community pointed out, Suriya immediately removed that symbol from the film

“The South Indian Film Chamber of Commerce is pained by the fact that your party cadres continue to criticise Suriya despite neither the hero of the film nor the production house having anything to do with the decision to use that symbol in the film,” he said.

The Chamber also described Suriya as a socially responsible philanthropist and an advocate for equality who did not have any political, caste or religious affiliations.