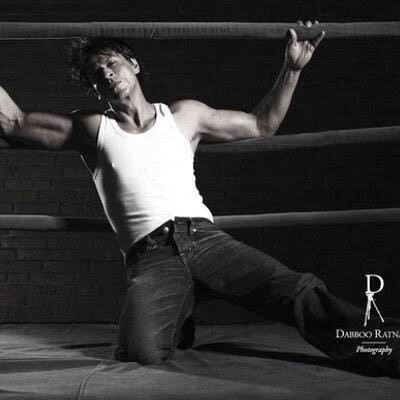 News reports said that Bollywood actress Katrina Kaif too tested positive for COVID as well but has now recovered.

Meanwhile, the BMC has asked the city to be on alert since there has been a surge in the new coronavirus cases. The state on Saturday (June 4) reported 1,357 new COVID-19 cases and one death. Out of the new cases, 889 were from Mumbai. This was the fourth consecutive day when the addition to the tally was above 700 in the metropolis.

The BMC has ordered film studios located in the posh K-West ward of Mumbai to not organise parties in studios and to inform them if any parties are hosted. This is to ensure that if any person involved in the party is found to be COVID positive, then all others can be traced.

SRK has been making news of late for his announcements about his new films. While his comeback film Pathaan, with Deepika Padukone and John Abraham in the lead, will release in January 2023, he announced Dunki earlier this summer, which will be directed by Rajkumar Hirani. The heroine of the film is Taapsee and the film is slated for a release in December 2023.

However, fans were excited when he unveiled the teaser of his highly-anticipated film with Tamil director Atlee – Jawan. The actor released a teaser in which his bruised face was wrapped in a bandage with only one eye visible.

It’s a special RC project that has seen its wait because of inevitable issues surrounding us.But a few good men worked hard & made it happen. Want to thank @_GauravVerma the Co-Producer, @Atlee_dir and their Jawans for making this dream come to life. Now… Good to go Chief…! pic.twitter.com/7lhfMiE6hD

The Badshah of Bollywood said in a press release, “Jawan is a universal story that goes beyond languages, geographies and is for all to enjoy. Credit goes to Atlee for creating this unique film, which has also been a fantastic experience for me as I love action films!” According to the actor, the teaser is the just tip of the iceberg and gives a glimpse into what’s to come”.

Further, SRK also shared a poster of the film on social media and wrote, “It’s a special @redchilliesent project that has seen its wait because of inevitable issues surrounding us. But a few good men worked hard & made it happen. Want to thank @_gauravverma the Co-Producer, @atlee47 and their Jawans for making this dream come to life. Now… Good to go Chief…The film is scheduled to release in June 2023.

SRK’s last theatrical release was Zero, which was directed by Aanand L Rai in 2018. After the film tanked at the box-office following a spate of underwhelming films, the actor had stopped signing films for some time.