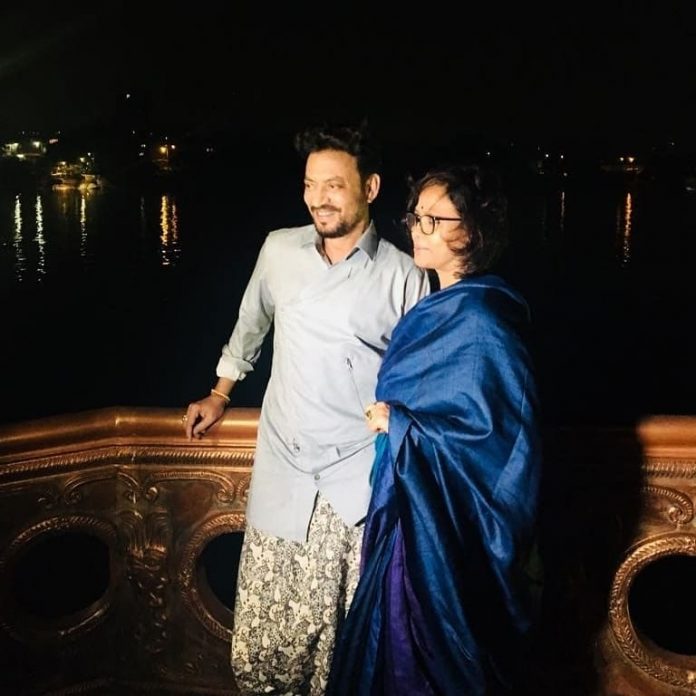 On Irrfan Khan's first death anniversary, his wife shared that the actor was a loner in a crowd, and now a whole crowd has followed him up there referring to the deaths caused by the pandemic

Remembering Irrfan Khan on his first death anniversary, his wife Sutapa Sikdar and son Babil penned poignant and emotional tributes to the actor on social media on Thursday (April 29).

While Sikdar wrote on Facebook how the clock had stopped for her on that day, April 29, a year ago at 11.11 when her husband died leaving her wondering “how she will swim this huge ocean of time”, Babil wrote on Instagram that he wanted to travel into space hand in hand with his father, exploring the mysteries of the blackhole that so intrigued Irrfan.

The actor-star, remembered for his memorable roles in Haider, Maqbool, Qissa, Piku, Billu Barber, Paan Singh Tomar etc., breathed his last after a valiant two-year battle with a rare form of cancer at a Mumbai hospital last year. The actor was just 54 years old.

In a lengthy Facebook post, Sutapa recalled his last moments at the hospital and the many memories she shared with him from their National School of Drama days to how they “evolved together”, fighting, arguing and laughing. Quoting lines from Irrfan’s favourite poet Anais Nins – “People living deeply have no fear of death”, Sutapa recalled how last year on the same day, she and her friends had sung the actor’s favourite songs during his last moments despite the strange looks from the nurses.

The nurses were used to religious chants in critical times but “I had overdone that for you Irrfan, morning, evening and night for two years and since they told me it was time I wanted you to go with memories you loved, so we sang songs,” she wrote in her Facebook post, adding that the next day he left for the “next station”.

“I hope you knew where to get down without me (sic),” she said.

The pandemic has added to her “anxiety, fear and pain” and walking ahead has become more difficult, she said. “How exactly does one swim this huge ocean of time? The clock had stopped at 11.11 on 29th April for me,” she wrote. And, said that you (Irrfan) had a keen interest in mystery of numbers…and it was funny that there were three 11s on your final day. “Some say, actually many say this is a very mystical number 11/11/11,” she added.

Sutapa also injects a memory of their first meeting at Delhi’s NSD, when he had mispronounced her name. And, she remembered like a film in a projector sitting outside NSD late evening and he had mispronounced her name and she tried to correct and rubbed it in as usual with her permanent sarcastic aside that north Indians are so stupid and they only can pronounce Sunny, Vicky, Rahul type names…

Describing Irrfan as a “loner in a crowd”, Sutapa wrote, “And now a whole crowd has followed you up there.” Paying tribute to those who had died in the pandemic, she added that they should all stay in peace and “remember that all of you is missed by some one or the other… all your families grieve”.

Their son Babil also took to Instagram to share photographs and memories of his late father, who was one of the few Bollywood actors to carve a niche for himself in Hollywood as well. He had acted not just in Slumdog Millionaire but in award-winning director, Ang Lee’s Life of Pi. 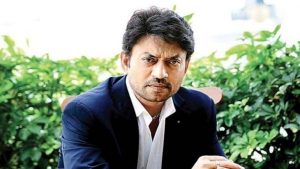 According to his son, Babil, Irrfan’s “legacy” exists and has already been concluded by his Baba himself. “A full stop. Nobody can ever replace him. Nobody will ever be able to,” he forcefully wrote on Instagram.

Babil shared a photograph of the actor building a table on his Instagram post while he was going through chemotherapy. Babil also shared a handwritten note by the actor about his time in London while undergoing treatment. He recalled the intense chemotherapy sessions Irrfan underwent to fight cancer, but added that his father found joy in the simplest of things.

“Chemo burns you from the inside, so to find joy in the simple things, like building your own table to write your own journals,” he said, adding that there is a purity, he has not yet discovered. And, added emotively, “To the greatest best friend, companion, brother, father, I ever had and ever will have. I love you so much, for the rest of this chaos we are choosing to call life,” he added.

Irrfan was trending on Twitter in the morning as colleagues, friends and others flooded the microblogging site with their memories of the man. To the talented Tilotama Shome, who played his daughter in 2013 Qissa, Irrfan is still around.

“Papaji, your breath lingers on in the ether swallowed the missing and focused on the dancing light. As things burn around us, I think of your extraordinary light,” she wrote.

While actor Divya Dutta wrote that one year has gone by and it does not and will never feel like he has gone. “The amazing legacy of work you have left, !! And that shy smile and the magical eyed embedded in our hearts!! she said.

Irrfan’s “The Lunchbox” co-star Nimrat Kaur too thanked him for the “gift of your life”… #IrrfanForever. Radhika Madan, who worked with him on his last film Angrezi Medium, said as on-screen father-daughter, they created their own pool of memories, where there were no words but silences that had spoken out loud.

Madan wrote that she wanted to learn everything from him and he was unknowingly teaching her either about his life or art every single day. “To endless silent teachings and love To this phenomenon, people called Irrfan. Celebrating you every single day. Legend. Miss you,” she wrote with a heart emoji.