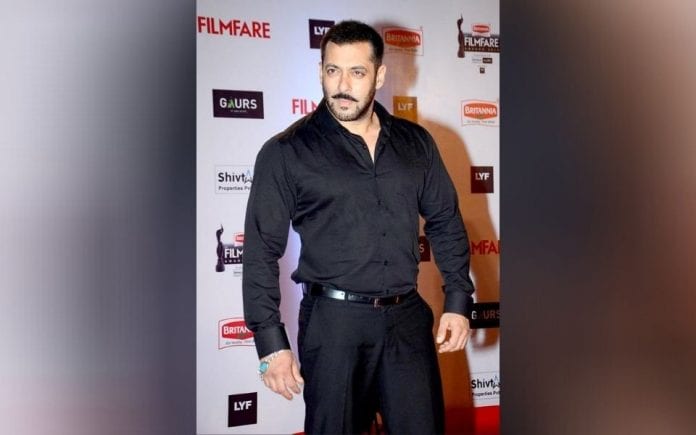 It is important to release the film at a time like this because people are suffering, says Salman Khan | Photo: Wikimedia Commons

Actor Salman Khan has admitted that the box office collection of his latest tentpole film, Radhe: Your Most Wanted Bhai, “will be zero” as cinemas across most of the country are shut owing to the pandemic.

At a Zoom discussion with journalists on Monday, the Bollywood star admitted that the movie, which is opening at a time when most producers have pushed back their releases, will be a commercial failure. Nonetheless, the actor said, it was important to keep his Eid commitment with fans, especially when the country was going through a difficult period.

Radhe will be available on ZEE’s pay-per-view service and on all leading DTH operators, alongside the few cinemas that are still open.

“I couldn’t have kept my Eid commitment with fans without the support of ZEE. It was important to release the film at a time like this because people are suffering due to the pandemic,” Khan said. “Incomes have reduced for many, so now, instead of spending a lot of money on tickets at the cinemas, people can watch it at a much cheaper rate at home. I want to provide some entertainment to people at a grim time like this.”

Salman said he was aware that cinemas were hoping to end their year of losses with the release of his film. “I apologise to cinema owners who were hoping to earn profits with the release of this film. We waited as long as we could, hoping that this pandemic would end and we would be able to release in theatres all over the country. But that did not happen. We don’t know when things will go back to normal,” he said.

“The reason why we decided to release this film was to support the theatre owners, but the theatres again got shut. But what is the fault of the fans who wanted to go and see the film? At a crucial time like this, when people are dying, people are not getting oxygen, medication… a Salman Khan film comes and they are going to go to see that film in the theatre, with that extra amount of money… that is not happening. So you get to see the film at a bare minimum cost with your whole family. We will bear the loss but at a time like this, people who have lost their loved ones and they want to get out of that zone, they can watch Radhe,” he added.

“The box office collection of Radhe will be zero, this will be the lowest ever for a Salman Khan film.”

The actor urged his single-screen fans to wait for the pandemic to get over before watching it in a communal setting with others.

“I know people are disappointed that they will not be able to watch Radhe on the big screen. Some people have booked auditoriums and are planning to screen my film, which I won’t encourage because I don’t want people to say ‘Salman Khan ki picture dekhne gaye aur corona phail gaya’. Once this pandemic is over and theatres reopen, if people like the film, we will try to release it on the big screen,” he said.