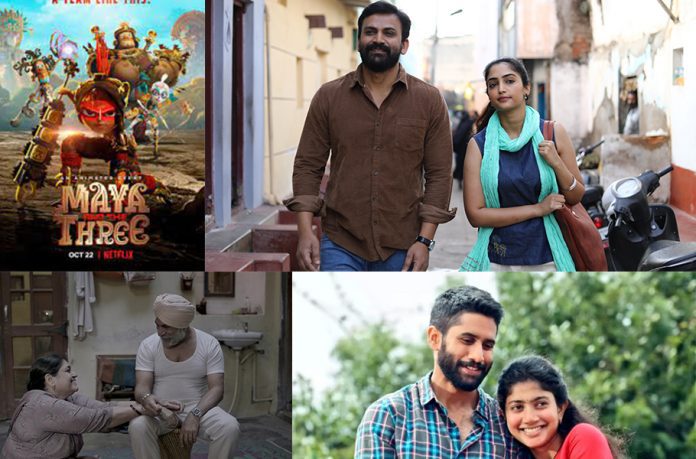 If you can steer clear of Netflix popular series 'Squid Game', you can aim for this animation series for children, 'Maya and the Three' set in Mexico

Sekhar Kammula is one director people always watch out for. From his low-budget winsome debut film, the 2013 Dollar Dreams, revolving around six IT professionals in Hyderabad pursuing the Great American Dream, he has come a long way. He followed it up with Anand, which brought him fame for capturing the nuances of upper middle-class Telugu life.

His 2017 Fidaa (which is available on Disney+Hotstar and is a delightful film) talked about a dream that has reversed – about a doctor NRI who finally returns to India to provide much-needed medical care in the village of the girl he loves.

Kammula’s Love Story, which landed on Aha (an exclusive Telugu on-demand video streaming platform), treads down the path of how true love never runs smooth, especially if there is caste factor thrown in. The film revolves around the lives of Revanth (Chaitanya) and Mounica (Sai Pallavi), who are neighbours in Hyderabad. While Revanth is a struggling Zumba coach, fending of casteist slurs, and working hard to establish his identity. Mounica is an engineering graduate running away from a dark secret and trying to find a job. The two share a common love for dance and eventually fall for each other.

But they have to cross the torturous terrain of caste and how they battle that barrier makes up the rest of the story. The film received mixed reactions from critics when it opened in cinemas last month. Some critics hailed it as his most complete film yet (Hindustan Times) but others slammed it. One reviewer said Kammula handled the sensitive portions, including Mounica’s secret, in a hurried, flippant manner.

Love Story, however, raises the question of what honour is, does it lie in sticking doggedly to caste norms, or is it about creating a safe environment for children from predatory uncles? Check out this film, it is worth a weekend watch for also Sai Pallavi’s legendary dance moves.

Also read: Netflix will change the way it ranks its most popular titles

Kannada films are desperately trying to get a foothold on OTT. Here’s another one that has come along this weekend called Rathnan Prapancha, which started streaming on Amazon Prime. The film, directed by Rohit Padaki, stars popular actor Dhananjay in the lead along with Reba Monica John and Umashree.

The film is a travel comedy, about a young man named Ratnakara’s (Dhananjay) pursuit of happiness, which takes him on a roller-coaster ride. In this journey, he is accompanied by Mayuri, a journalist who is trying to break a never-before-told story. Rathnan Prapancha revolves around a very relatable premise. “It’s the simplicity of the narrative that drew me to this story,” says Dhananjay. While the director Padaki has called it a hard-core Kannada film. 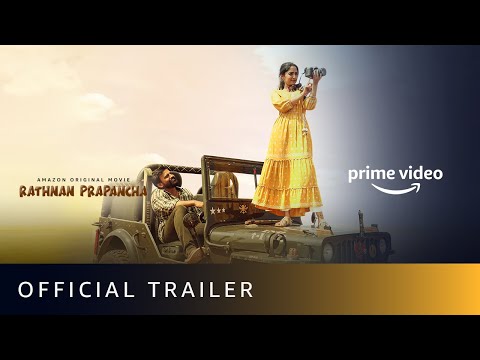 An interesting Hindi web series has landed on SonyLiv. It has been directed by filmmaker Ajitpal Singh, whose debut feature, Fire in the Mountains, premiered at Sundance film festival.

Set in Punjab, Tabbar, a crime thriller, has eight episodes and tells the story of a retired police constable (Pawan Malhotra) who pushes the boundaries to save the members of his family from the consequences of an unfortunate incident. It is set against the backdrop of a ‘heady concoction’ of Punjab politics and a drug nexus. This may be an oft-repeated track but the writer weaves an intriguing tale to keep the viewers glued, says a review.

Omkar Singh (Pavan Raj Malhotra) and Sargun (Supriya Pathak) are a loving couple, who would go to any length to protect their sons Happy (Gagan Arora) and Tegi (Sahil Mehta). They are two wayward boys, who fall prey to the lure of quick money. One thing leads to another – and soon this tabbar (family) is caught in a series of crimes as a powerful politician’s brother gets killed.

Omkar, is an ex-cop, he keeps a cool head as he manoeuvres each move. A god-fearing woman, Sargun crumbles under guilt.

Talking about the show Ajitpal, who shot the series in March, told NDTV that Punjab is more than just about tandoor, bhangra and warriors. In an official statement, he said: “On the surface, it’s a crime thriller, but once you dig deeper, it’s a human drama and you will find themes like God vs no God, Evil vs Good, drugs along with spirituality and suffering.” 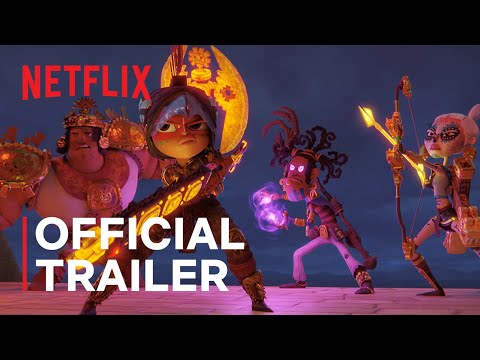 Maya and the Three, an animation series set in Mexico, opens this weekend for children on the same platform. It is about a brave and rebellious warrior princess named Maya, who is about to celebrate her 15th birthday and coronation. But everything changes when the gods of the underworld arrive and announce that Maya’s life is forfeit to the God of War, a price she must pay for her family’s secret past.

If Maya refuses, the whole world will suffer the gods’ vengeance. To save her beloved family, her friends, and her own life, Maya embarks on a thrilling quest to fulfil an ancient prophecy that foretells the coming of three great warriors who will help her defeat the gods and save humankind. It is supposed

to be a visual treat and tells a masterful tale also pushing the limits of what a children’s show should be. 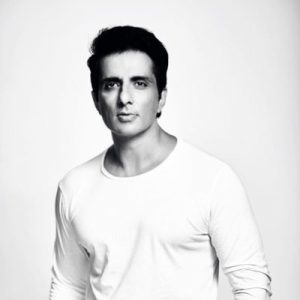 It Happens Only in India

National Geographic is launching an original series, It Happens Only in India, on October 26 at 8m. Hosted by the Indian actor Sonu Sood, this 10-part series will take viewers into the lesser-known and well-researched narratives, from across the length and breadth of India.

Sood will present fascinating and unexpected stories from across the nation – from modern to mystic, people to places, myths to natural wonders, talented innovators, astounding megastructures to the latest in-space technology that are all distinctly Indian. Every episode will bring unconventional stories for the viewers pushing the boundaries of how they well they know and understand the country, says the official statement.

Sood says, “No matter how much you learn about India, you can’t know enough. The country’s diversity has tons of incredible stories that are yet to revealed and this show will take viewers on a fascinating journey; bringing them closer to the incredible culture, nature, heritage and marvels of our nation and make them proud to be a citizen of this country.”