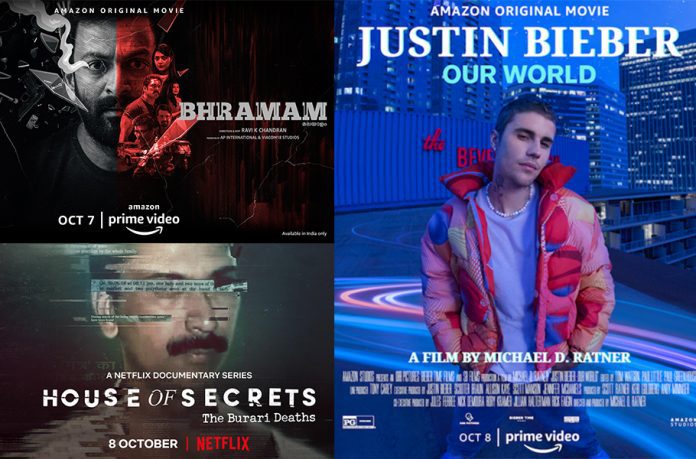 The blind pianist is back in the Malayalam version of 'Andhadhun'; a docu-series on the mysterious death of entire family of 11 members and a peek into the world of teen-idol, Justin Beiber are lined up for weekend viewing on OTT

An Australian-American co-production web series making waves in India is ‘Clickbait’ streaming on Netflix. After watching this eight-episode series, you may want to think twice before posting your family pictures on Facebook or pouring out your heart to anyone at work. But the villain of the piece is the ubiquitous Internet.

‘Clickbait’ which is ostensibly based on a number of real cybercrimes out there, drives home the fact that the Internet can harm you very seriously. Created by Tony Ayres and Christian White, ‘Clickbait’ stars American actor Adrian Grenier (who appeared in ‘The Devil Wear Prada’) as Nick Brewer, a family man, a loving husband with two sons who suddenly goes missing. But he suddenly pops up in a video, all bruised and beaten up, seemingly held against his will, holding up a sign that reads: “I abuse women. At 5 million views, I die.” Has Nick been kidnapped or is this something more sinister? 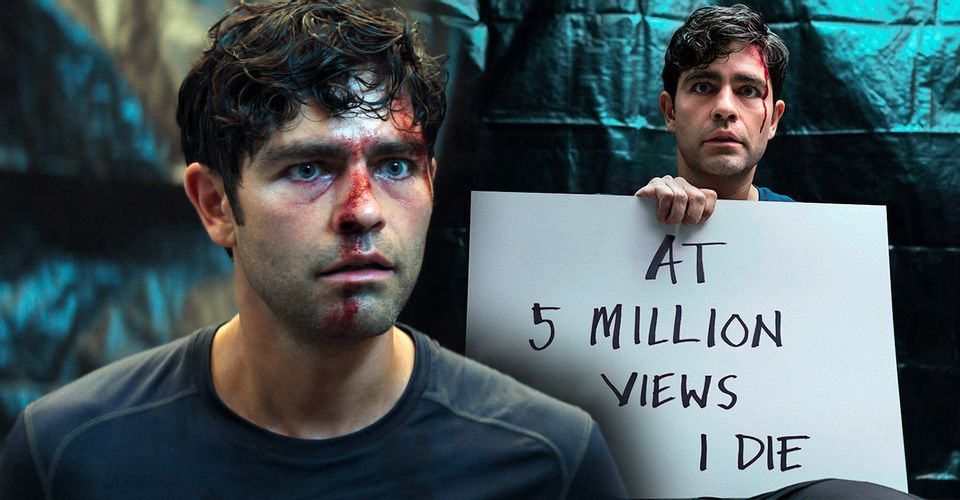 His family, including his sister and wife and the cops rush around to find and save him. The information they unearth doesn’t show Nick in a good light but all is not what it seems.

Ayers has said in an interview that he wanted to show that the Internet is this Pandora’s box that can lead us into all kinds of trouble that we don’t begin to understand. Most of the time we believe we are anonymous on the web but at the same time, it’s one of the most public recorded verifiable mediums that is around today, he said to an international entertainment weekly.

Well, be warned that this mystery whodunit orchestrated by unseen villains of an anonymous, viral internet has been created for OTT viewing. It has a lot of plot twists and keeps you engaged and if the climax is a bit of a let-down, you can forgive since it had you hooked the rest of the time. It is streaming on Netflix.

The Blind Pianist is back

This weekend, there is yet another remake of Sridhar Raghavan’s acclaimed ‘Andhadhun’. Just a few weeks back, we had the Telugu version, which had reportedly butchered the original, and now Prithviraj’s take of the blind pianist’s tryst with crime and the bumbling bad guys who are looking for human organs to sell, landed on Amazon Prime on October 7. 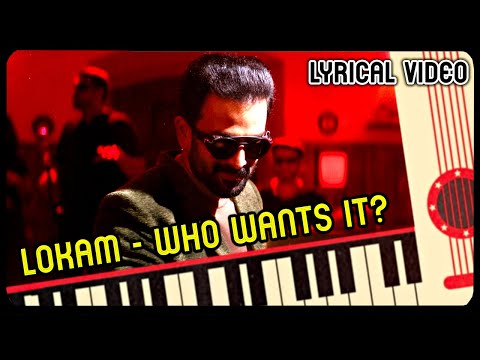 Early reviews of ‘Bhraman’ are mixed. Hindustan Times critic has slammed it completely calling it a “waste of time”. Especially if you have watched the original but again even if you have not, why watch a poor representation? asks the critic in despair. ‘Andhadhun’ is available on Netflix, and this black caper is a must watch. Meanwhile, Indian Express calls ‘Bhraman’ an enjoyable remake, and the director has slapped on some new elements to the movie that gives it an edge.

The film features a much-younger Mamtha Mohandas, who plays Tabu’s role, while Raashi Khanna is the blind pianist’s love interest.

The House of Secrets

After Crime Stories based on Bengaluru crime cases, here’s a more retelling of a macabre crime that shook the capital. The ‘House of Secrets’ is a three part docu-series on the mystery behind India’s infamous Burari Case, where 11 members across three generations of a family were found dead under strange circumstances in their house in Delhi. Releasing on October 8, 2021, ‘House of Secrets: The Burari Deaths’ takes viewers through different stages of the police investigation, which brings forth striking and unexpected revelations, said the official statement. 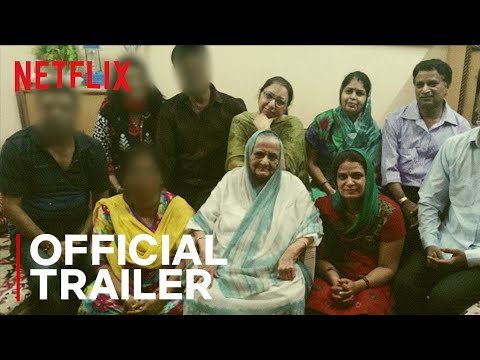 Directed by Leena Yadav and Anubhav Chopra, the documentary has an original score composed and produced by none other than A R Rahman and Qutub-E-Kripa. In a conversation with Kaveree Bamzai at a Netflix organised event on ‘Decoding Documentaries” on their platform, Leena Yadav admitted that it was difficult to get people who were part of the incident to be part of the documentary and to talk.

“Those were very difficult conversations, I must admit. But I will always remember a beautiful incident that happened, while we were interviewing the family members, one of them came up to me and thanked me saying that this was like therapy for him. This is when I felt as if we’re doing the right thing. We covered a total of 400 hours of interviews and having those conversations were definitely difficult and emotionally draining but this has been a big learning for me,” said the director, who has made films like ‘Parched’, ‘Rajma Chawal’, ‘Teen Patti’ etc.

For A R Rahman, it was unexplored territory. He had to come up with a distinct, nuanced musical approach — enigmatic yet gripping– for such a complex sensitive issue.

There’s another documentary that hits Netflix this weekend – ‘Justin Bieber – Our World’ on Amazon Prime Video. The documentary delves into Justin Bieber’s life and documentes the lead-up to his first full concert in three years, his New Year’s Eve show in 2020. The docu-feature follows Bieber and his close-knit team in the month leading up to the show as they rehearse and construct a monumental stage while adhering to strict health and safety protocols amid the coronavirus pandemic.