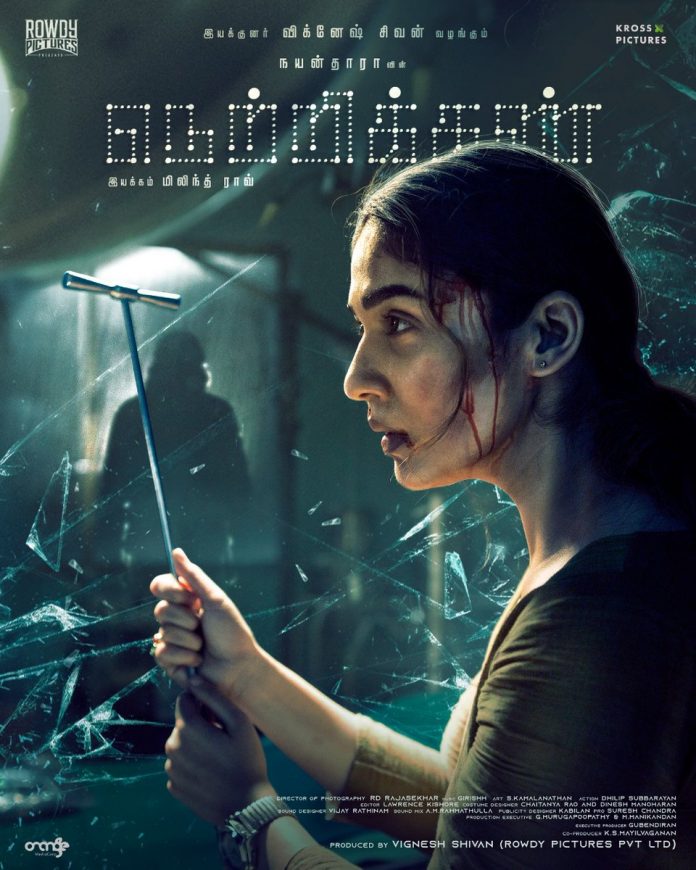 In Netrikann, Nayanthara plays a blind woman who reportedly has to use her third eye to outwit a killer stalking her

‘Netrikann’, a psychological thriller with Nayanthara in the lead playing a blind woman who reportedly has to use her third eye to outwit a killer stalking her, will release on Disney+Hotstar on July 9.

Last month, interestingly, the actress, who commands a massive fan following on the lines of male superstars, told a Tamil daily that she will only do films which give prominence to a woman’s role. And, that she will not work in male hero centric films anymore.

‘Netrikann’ is directed by Milind Rau and produced by Nayanthara’s partner, Vignesh Shivan and Hyunwoo Thomas Kim. The film also stars Ajmal Ameer, Manikandan, and Lizzie Anthony and the music has been scored by Girish Gopalakrishnan.

The film is reportedly the official remake of the Korean film ‘Blind’ (2011). The plot of the Korean film, inspired by Terence Young’s 1967 thriller, ‘Wait Until Dark’, follows a blind woman, who gives testimony in a hit-and-run case, and finds herself being hotly pursued by a psychopathic killer.

Netrikann’s teaser clearly shows Nayanthara playing a visually impaired girl who is guided by her assistance dog. There are some gory visuals of blood-smeared young women and a man tied up and screaming in terror. They fear something horrifyingly unspeakable is going to happen to them. A tough Nayanthara seems to be gearing herself up to face the killer.

Also read: Tamil superstar Nayanthara to do only ‘woman-centric’ movies

The teaser ends with a man telling Nayanthara on the phone, “Your eyes don’t see anything. But ‘you’ are all my eyes sees”. The film-makers have not revealed any details about the film as yet.

In Tamil cinema, Nayanthara got a chance to work with superstar Rajnikanth in his blockbuster ‘Chandramukhi, which was about a woman who was possessed by the spirit of a vengeful dancer. Ten years later, she was seen in a horror film called ‘Maya’, which she followed up with ‘Dora’ in 2017. In ‘Dora’, she buys a vintage car which is haunted by a spirit seeking revenge.

In 2019, Nayanthara had a dual role in horror thriller, ‘Airaa’, in which she is possessed by a revengeful spirit.

‘Netrikann’, which was slated to release in theatres earlier this year, also falls in the thriller genre. The pandemic delayed the release of the film and now the producers seem to have opted for an OTT release.