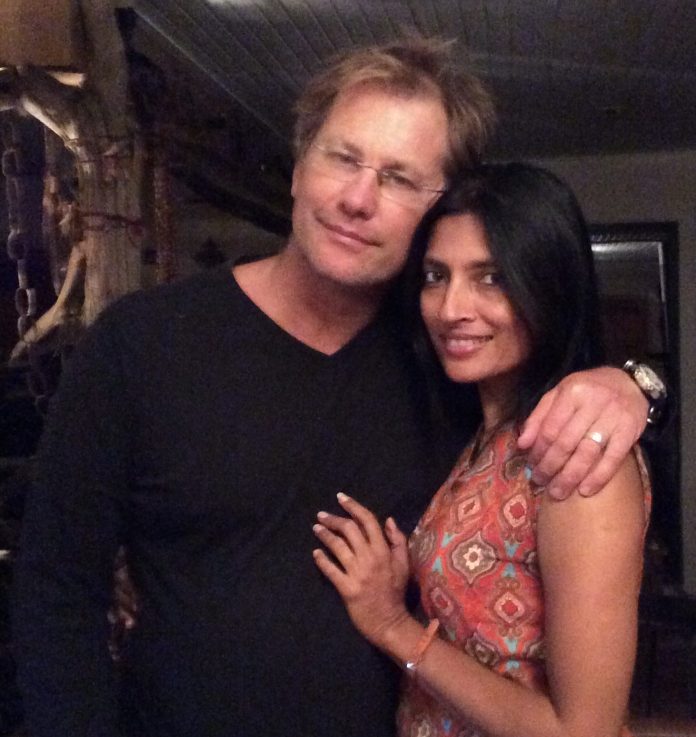 It’s a heart-warming documentary on a filmmaker forging a unique bond with a common octopus in an underwater kelp forest in South Africa. My Octopus Teacher, which has been streaming on Netflix since September last year, has now shot into prominence after bagging an Oscar for Best Documentary feature last month. (Besides winning the coveted Bafta award this year) It is the kind of film we need to be seeing now – a balm in these anxious times – a “love story we all need right now”.

What makes this documentary significant in India is that the South Africa-based conservation journalist, Swati Thiyagarajan, who is the production manager and associate producer of this award-winning film is originally from Chennai. She is a Rishi Valley student and a former NDTV environment editor. Moreover, My Octopus Teacher is the personal, evocative tale of her husband, Craig Foster, an environmental filmmaker from Cape Town, who turns to the stormy ocean, where he had spent his childhood, to recoup after he suffers a burnout.

He is the narrator in the film as he pursues a daily diving regimen in the freezing, shallow waters of the Atlantic Ocean near his home, driven by a desperate longing to connect with nature, and become part of nature just as he had seen Kalahari trackers do. And, this leads him to meet an eight-armed octopus. Foster starts to track her for one year and builds a touching relationship with this mollusc residing in a marine-rich kelp ecosystem. He imbues her with human-like qualities (which some scientists may have reservations about) and we also start to swim alongside this marine animal, whose multiple arms are said to have a mind of their own.

Also read: Bingeing on OTT: Oscar films, crime and family drama this May

On what motivated the protagonist, Foster, to go back every day to keep his tryst with the octopus, Thiyagarajan explains in an interview with The Federal, “I think we forget that we humans are also part of nature.” Instead, we behave as if we are superior to the natural world, like somehow we exist outside of it, and this can be “very problematic”, she adds. For Foster, diving everyday is a practice in “deep nature immersion”.

It is the reason why she dives and swims now every day too, she reveals. This urge to be one with nature drove her to spend time in the wild in India as well when she lived here, recounts Thiyagarajan, who developed her love for nature as a child from her father, a devotee of Jiddu Krishnamurti, learning about birds in the Theosophical Society in Adyar and holding snakes in Madras Crocodile Bank.

“It’s about forging a connection and longing with nature, which is home to us. Every breath of air, every bite of food, every bit of water that we consume connects us deeply into the very fabric of the natural world, when we forget this, when we start to turn away from this truth, things start to unravel,” says Thiyagarajan. She believes that we are still making “bad decisions” when it comes to the environment. “We really need to, as difficult as it might be right now with the immediate challenges to human life, not to lose sight of the very basis for this pandemic,” she adds.

“It’s so heart-breaking to see what is happening in India,” says India-born Thiyagarajan, adding that much of it is also due to “human and government incompetence”.

“Since we all know that the pandemic is a zoonotic or a virus that jumped from an animal through an amplifying event into a human host, any further damage to biodiversity and nature is going to increase the danger of zoonotics,” she points out. Therefore, it is time we all start taking nature seriously and realise that humans are part of nature and not outside of it.

Besides being a meditative exercise, for Foster, delving into the underwater ecosystem (without a wetsuit or an oxygen tank) moving around amid the swaying giant algae turned out to be therapeutic, and enabled him to get out of a bad period in his life. By the end of the documentary, Foster emerges from the waterworld all charged up confessing he has so much energy to give back. He gets to reconnect with his son as well, whom he takes with him on his sojourns into the sea, to introduce him to his “intelligent” friend, the octopus. He learns so much about her and is amazed how she adopts several defence strategies like wrapping herself up with multi-hued shelves or changing colour, texture or form to merge with the marine environs to ward off a hungry shark.

Foster slowly realises he is changing and becoming more sensitive to people around him. Likewise, he also sees that “spending thousands of hours with nature” has made his son gentle. Commenting on this, Thiyagarajan rues the fact that parents do not set aside their electronic gadgets and take their kids out of the “concrete urban structures” and into nature. She says that children’s experience with nature has to be “hands-on, bare feet on the ground, bare hands in the soil”. They need to learn to grow a plant, tend to it and know the deep connection between what they consume and where it comes from.

“The fact that city kids can recognise five brands before they can recognise five birds is a failure on our part as adults. I know so many families who will plan a holiday to London, nothing wrong with that, but how many plan a holiday to beautiful wild places within India? Why is it cool to be able to tell your friends you went to London than say that you went to a forest in India instead? The entire system of priorities, consumption and competition is wrong,” says Thiyagarajan. In her view, connecting children to nature makes them empathetic, teaches them cooperation and gives them an understanding about community, which includes non-human animals.

In Foster’s narration in the film he talks about how as he keeps going back into the water, his life’s problems and life’s drama dissolves. “You start to care about the tiniest of animals, you realise that everyone is very important—how vulnerable all our lives are,” he says.

It is exciting for him to become one with this wild place under the water, and it starts to speak to him. “I fell in love with the octopus and her amazing wildness that she represented and how that changed me. What she taught me is that I am part of this place not a visitor… that is a huge difference,” recounts Foster, who has now co-founded a project called Sea Change with a community of divers to ensure the protection of this kelp forest, which is the setting of his award-winning film. He is working on a book called Underwater Wild along with the co-founder of Sea Change, and the members of their non-profit continue to dive, explore and film every day to tell their stories.

So, how was it winning the Oscars? “It was pretty overwhelming to win. It does give us a huge platform to spread our conservation messages. The awards are helping to increase awareness and support for the conservation of the Great African sea forest, a global icon,” says Thiyagarajan, and adding that she hopes their win inspires people to find their own ecosystems, nature connections and make a difference wherever they are.