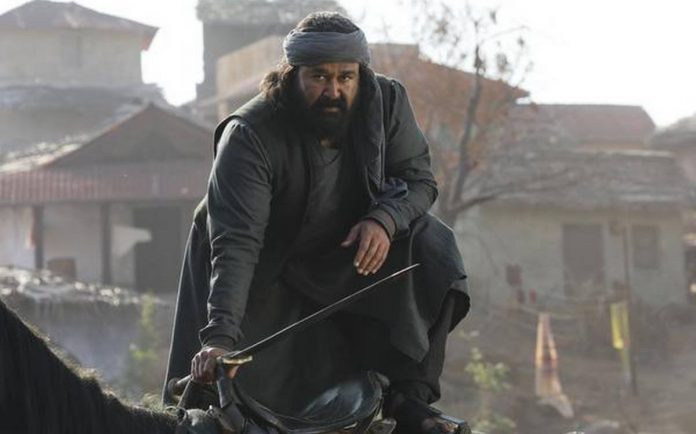 Marakkar: Lion of the Arabian Sea, starring Mohanlal, is Malayalam cinema’s biggest ever movie in scale and ambition. Twenty-five years since director Priyadarshan and Mohanlal discussed making a film on the legendary naval commander of the Calicut Zamorin with veteran scenarist T. Damodaran, the film hit the screens to a rousing reception. The opening scenes did offer a lot of promise, especially the performance of Pranav Mohanlal as young Kunjali Marakkar, setting the perfect stage for Mohanlal to take over. And yet, Pranav’s is the only performance that would stay with you if you manage to stay the course for over three hours of disjointed drama.

Marakkar is not a historically accurate retelling of the line of Kunjali Marakkars. But one doesn’t have any quibble with that as film-making lends such creativity and medieval history around Marakkar is apocryphal. Essentially, Priyadarshan’s vision of the historical figure, it could have been developed in any manner as M.T. Vasudevan Nair recast Chandu as the hero in his version of the Northern Ballads in Oru Vadakkan Veeragadha (1989). Priyadarshan, however, plays safe on this count.

An opulent costume drama, Marakkar has visually pleasing imagery and a stellar cast to boot. And yet, the film fails to hit the right notes with its loose narrative and poor screenplay. The actors come and go with little character development and background information. The film feels tedious at times and skipping parts at other times. The second half tries to strike an emotional chord with the viewers but fails to take them along. It’s hard to relate to the characters in the film and the dialogues are a further let-down. Priyadarshan’s screenplay, co-written with Ani Sasi, is reminiscent of some of his early work in the 1980s.

Mohanlal also fails to evoke empathy and get the audience to root for Kunjali Marakkar, handicapped by an inconsistent accent and poor writing. For all his flexibility, Mohanlal’s inability to master the Malabar slang (or the Achayan slang for that matter) has always been a wonder to many. Arjun has an impressive outing as Ananthan Mangattachan and Suniel Shetty fits the part as Chandroth Panicker. Among the rest of the ensemble cast, Nedumudi Venu as the Zamorin and Siddique as Pattu Marakkar have longer parts while many veterans such as Innocent are reduced to cameos.

Mohanlal, despite his charisma and screen presence, appears jaded in a few sequences. The female characters don’t have much space to perform. Keerthy Suresh looks pretty and fetching and so does Kalyani Priyadarshan in a cameo. Palace intrigues are vital elements in such settings but it almost becomes a pattern here as the final betrayal scene involving
Manju Warrier became rather predictable. Among the rest of the supporting cast, Prabhu as Thangudu, Hareesh Peradi as Mangattachan and Thai actor Jay J. Jakkrit as Chinali, a historically significant character, manage to leave an impact.

The laboured nature of the narrative makes one wonder if Marakkar was made just to make an aesthetically pleasing film, giving script-writing the short shrift. Film-making is basically story-telling through images, and Priyadarshan is brilliant at stringing together such sequences. M.T. Vasudevan Nair once stated how writing a screenplay from a novel differed at multiple levels. If only T. Damodaran were around to script when film-making on such a big canvas would be possible in Malayalam cinema.

Priyadarshan once opined how Malayalam cinema is comparable to Hollywood and different to Bollywood in what is left unsaid, in how everything doesn’t have to be necessarily communicated through dialogues. In Marakkar, though, the narrative is so haphazard that one wishes it spelt out things more clearly. There are scenes reminiscent of some Hollywood period dramas, reminding one of a running joke on how many Malayalam directors would lift plots and scenes from Hollywood movies during their initial phase.

Also read: Dulquer aces as Kurup, but the film as elusive as its protagonist

Tirru’s cinematography is top-notch and so is Sabu Cyril’s production design. Siddharth Priyadarshan as the visual effects supervisor, especially for the maritime scenes, elevates the film to the league of Hollywood movies through computer-generated imagery.

For all the unwieldy pre-release controversies around an OTT release for Marakkar, breaking even on the first day should come as a massive boost for the makers. A film on such a grand scale deserved a big-screen release. By raking up ₹100 crore on the first day through 16,000 shows on 4,100 screens as Mohanlal himself revealed, Marakkar lived up to its billing.

When Padayottam was made in 1982 as Mollywood’s first 70mm film on a budget of one crore, when films were made at a tenth of that cost, it heralded an era of movie-making on a bigger scale. Marakkar should have a similar impact.