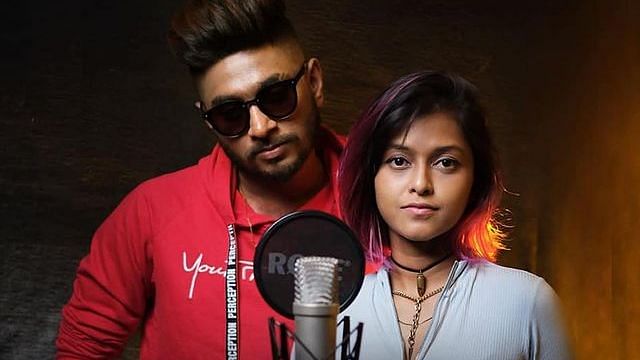 A ‘bewitched’ superstar Amitabh Bachchan could not stop listening to the song, Madhuri Dixit posted a video swaying to the haunting, catchy lyrics. Tiger Shroff grooved to it. An Indigo airhostess put her job on the line when she donned a PPE and danced to this viral Sri Lankan song, ‘Manike Mage Hithe’ in the aisle of an empty aircraft during a stopover.

This viral Sinhala number released in May 2021 has been sung by Sri Lankan rappers Yohani Diloka de Silva and Satheeshan Rathnayak and turned into an overnight sensation not only in its home of birth but in neighbouring India too. It doesn’t matter that the lyrics are in Sinhala, (it could be Chinese for all people care), it is the beat and the melody that has caught people’s imagination, a la Korean dance number, ‘Gangnam Style’.

‘Manike Maga Hithe’ (Baby in my heart), a quintessential love song, has not only become one of the most popular tunes for Instagram Reels in India but has also become a hit on streaming platforms such as Apple Music, Amazon Music and Spotify. It has also crossed over 100 million views on YouTube and became Number 1 in iTunes’ top 100 in Sri Lanka, India and Maldives, top viral 50 in Spotify India and Spotify Global, said an Indian Express report.

What’s interesting is that after the song went viral, several YouTube artists started putting out versions of the song in different Indian languages like Bengali, Gujarati, Assamese, Hindi etc. Artist Anas Shajahan from Kerala first made a Tamil version and uploaded it on his YouTube channel but once this version started gaining traction, the music producer Chamath Sangeeth of the original Sri Lankan song got in touch with him and collaborated with him to do a Malayalam version. 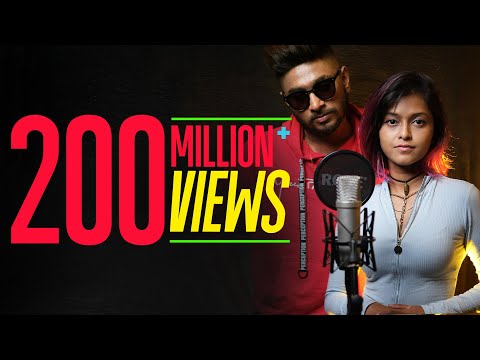 However, Sangeeth told the media that though this song has been made in many languages, none of them are recognised and official versions apart from the Tamil/Malayalam one. Apparently, the Sri Lankan song sung by rapper Yohani is not the original as well. It was first sung last year by singer Satheeshan along with another rapper Dulan ARX, as a ballad to express the beauty of a woman.

But Yohani’s version is the one that seem to have struck a magical chord in listeners along with her pretty pouts aimed at the camera giving it a very teen-pop vibe.

An ecstatic Yohani, who was on a visit to India told The Hindu that this is the first time a Sinhalese song has been viral to this extent. Baffled by its runaway success, she said that  lot of people earlier didn’t even know that the Sinhalese language existed and so she’s happy that the language has travelled far and wide.

Most recently, a Twitter user recently shared a video of a violinist, recognised as Karolina Protsen, on the streets of the USA, performing an instrumental version of ‘Manike Mage Hithe’.

Yohani has also made her Bollywood debut with the title track of Sunny Kaushal-Radhika Madan’s ‘Shiddat’.

Most of the social media users are addicted to the song because of its simplicity. It is catchy and accessible on the Internet. While explaining why it became such a viral sensation, communications expert, Vineeta Dwivedi said that a song like ‘Manike’ has that amazing quality of being an earworm – the phenomenon called involuntary musical imagery (INMI). “An elegant, easy to remember melody that we just can’t seem to shake off,” she said in an article in Economic Times.