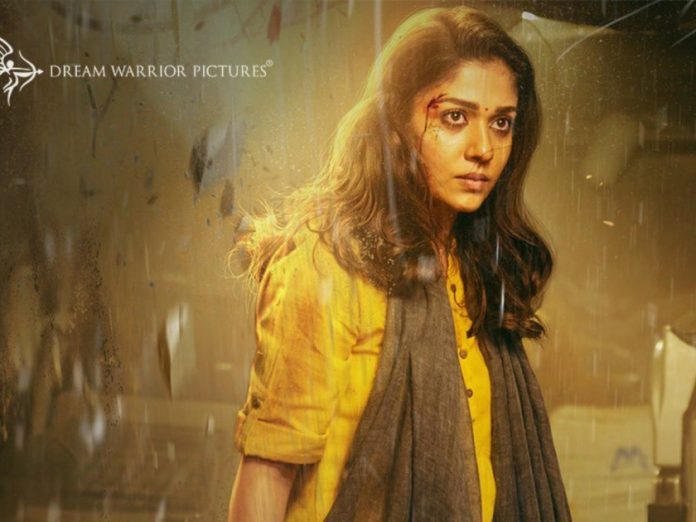 Producer S R Prabhu is releasing his upcoming production venture O2, headlined by Nayanthara, on Disney+Hotstar and not in theaters

Audiences are back in theatres in a big way in Tamil Nadu. Big-budget films like Valimai, Etharkkum Thunindhavan, RRR, Beast, KGF: Chapter 2, Kaathuvaakula Rendu Kaadhal, and Don, collected more than ₹550 crore (gross) in the state (excluding overseas and other state revenues). But strangely, when it comes to small-budget, content-driven films, audiences prefer watching those on OTT platforms, and not in theatres.

While promoting his film Taanakkaran, producer SR Prabhu had said that he was opting for an OTT release as it will take time for people to come to theatres for small-budget films. Prabhu had recently distributed the magnum opus KGF: Chapter 2 in Tamil Nadu. However, he is releasing his upcoming production venture O2, headlined by Nayanthara, on Disney+Hotstar and not in theatres.

Recently, Udhayanidhi Stalin, who is distributing almost all biggies in Tamil Nadu, also said in an interaction that there is no theatrical revenue for films made on a tight budget (under ₹3 crore).

As theatrical revenues are drying up for small-budget films, producers are funding these projects mainly because of the advent of OTT platforms, and lucrative satellite rights. The revenue they get from the Hindi dubbing rights is the icing on the cake.

Dhananjayan, film historian and producer, told The Federal that the theatrical business is at an all-time high after the pandemic.

“Audiences are flocking to the theatres and everyone in the trade is super happy, but people are not interested to watch small films on the big screen. Their mindset is simple— when these films will be available on an OTT platform in a few days, why should they watch them in theatres? On the other hand, they want the big-screen experience for big-budgeted, large-scale films,” he said.

“Recently, a small-budget film with excellent reviews couldn’t find its audiences in theatres,” he added.

Despite the not-so encouraging theatrical revenues from small films, producers are not averse to bankrolling films within the budget of ₹5 crore. “A film like Koogle Kuttappa‘s (remake of Android Kunjappan Version 5.25) theatrical revenue was not great but the producer made a profit with the OTT and satellite rights. Today, if you can get back your investment through satellite, digital, and Hindi dubbing rights, producing these small films makes sense, else, it’s better to stay away,” Dhananjayan said.

So, does this mean the end of small films? SR Prabhu reacting to The Federal story tweeted that it’s too early to say that small films will not have theatrical space anymore. “This is just a transition period. In time, small films will find its space among the others biggies theatrically,” he said, adding that by the way, there will be collateral damage to many films which are not planned & placed well.

Producer Karthik Gowda too agreed with him. “It is that phase and once the rush reduces, good content small films will make it big,” he tweeted in response to SR Prabhu’s tweet.

It’s too early to say that small films will not have theatrical space anymore. This is just a transition period. In time, small films will find its space among the others biggies theatrically. Btw there will be collateral damage to many films which are not planned & placed well https://t.co/ufDtOxYUp1

Yes brother. It is that phase and once the rush reduces, good content small films will make it big https://t.co/MOjqGdKlMF

Tepid show at the box office

The success rate is almost zero for medium and small-budget films whereas, most of the biggies scored exceptionally well in Tamil Nadu. Beast, KGF: Chapter 2, and Valimai have crossed more than ₹100 crore each in the state, while together RRR, Kaathuvaakula Rendu Kaadhal, and Don (still in theatres) contributed around ₹150 crore (gross).

From the above data and observation, it’s very clear that audiences are watching films in theatres like never before but they have become very selective, which is an advantage for producers with deep pockets and big stars.

Producers who are funding small-budgeted films with known faces and female-centric films too are not losing out. They can either get back their investment or witness handsome profits mainly due to the booming OTT revenue. Interestingly, the non-theatrical revenue only encourages these producers to bankroll more films within the budget of ₹3-5 crores.

Stars on the ascent

There one drawback here. Today’s big stars like Sivakarthikeyan and Vijay Sethupathi started their career with films that were made under ₹3 crore (Marina, Soodhu Kavvum, Pizza). Slowly, the theatrical hits helped them to increase their remuneration and expand the budget of their films. But debut actors who aspire to become big stars can’t create magic on OTT platforms.

Similarly, directors like Karthik Subbaraj, Nelson, Lokesh Kanagaraj, and Ranjith, who are currently making magnum opus films started their careers with small-budget films. As their theatrical revenues increased, these filmmakers expanded the scale of their films.

Prominent exhibitor Ramasamy Raja of Ram Muthuram Cinemas Tirunelveli said that the meagre theatrical revenue of small-budget films will impact the actors and directors but not the producers.

“The theatrical experience of a film like Uriyadi without any familiar face gave a memorable theatrical experience in 2016. Later, the sequel also earned a good response in theatres. But if a strong content-driven film like Uriyadi was released on an OTT platform, people would easily forget the actor and director in a few days. The director will have to make another film for theatres to expand the business and budget of his films,” said Ramasamy Raja. In short, theatres bring fame and name to actors and directors.

Shedding light on the need for small-budget films to enjoy a good run in theatres, Raja said, “Well, exhibitors will have a say in negotiating terms for small-budget films. If these small movies run, they will also help the industry to generate some kind of revenue throughout the year. The impact of OTT releases only killed the theatrical revenue of small films.”

Producers and actors who have the potential to ink a deal with the OTT platforms and satellite channels will continue to thrive in the industry.

But the sad part is that new producers and actors with big dreams will not get the opportunity to expand their business and market because of the negligible theatrical revenue.

Catch our webinar: In age of OTT, Bollywood losing out to Southern films