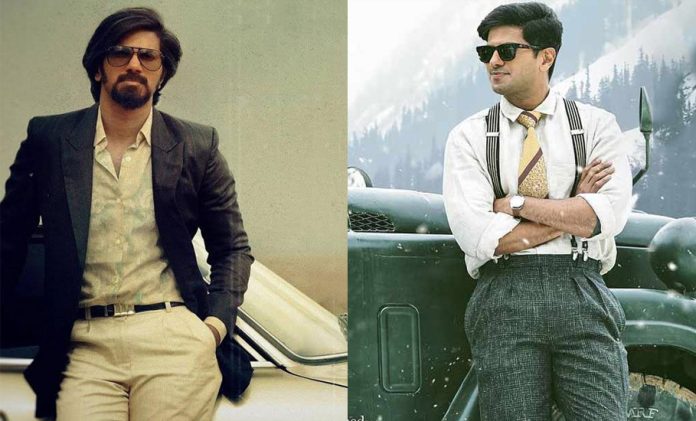 A decade into filmdom, Dulquer Salmaan has done what most others have not.

The Malayalam actor is making a huge impact in the Tamil and Telugu industries without piggybacking on multi-starrers or dubbed films to widen his market. Instead, the actor waits for suitable projects, takes the extra risk to headline other language films, dubs his lines and scores big hits.

The blockbuster success of Sita Ramam has only accentuated his box-office clout in South India.

Of course, this is a bit risky as it creates a void in his home turf (Kerala), yet the actor walks the extra mile. This calculated risk helped him with Kurup; the film’s dubbed version was a box office hit in Tamil Nadu, Andhra Pradesh and Telangana.

So how has he pulled it off?

“I did not plan anything, everything happened organically,” said the actor.

“A lot of filmmakers and producers in Bollywood watch Mani sir’s films, so maybe Hindi offers would have come after O Kadhal Kanmani.  Even after Ustaad Hotel, I received offers from Bollywood, but I did not take them up. When I was young, I did not even think that I would act in Mani sir’s films because I had self-doubt back then. I came to know that the makers of Mahanati approached me after watching Charlie,” added Dulquer.

Shedding light on his ability to dub in multiple languages, the actor said, “Right from childhood, I love languages. Compared to science, I scored better in languages, there was no fear before language examinations. As I am a Malayalee, my mom and other family members talk in Malayalam at home. But in school, I got to interact with so many Tamil friends, got used to that language.’

Also Read: Karthi speaks on Viruman, Ponniyin Selvan, and why he could not do Vikram

The actor also thanks his parents for suggesting to take up the second and third language in school, which proved useful later in life. “I chose Hindi as my second language and Tamil as my third language. I can read and write these two languages. During my school days, I was not sure that my love for languages would help me later in my career but glad that it is happening now.”

The Sita Ramam actor says that his father and megastar Mammootty also has a penchant for learning multiple languages.

As of now, Sita Ramam has crossed more than Rs 60 crore worldwide, including Malayalam and Tamil versions. His previous Telugu film Mahanati registered around Rs 83 crore, and the film also had Keerthy Suresh, Samantha, and Vijay Devarakonda in the lead.

Owing to his huge popularity in Telugu states, he is the only Malayalam actor to have three million-dollar films in the US, a big overseas market for Tollywood. O Kadhal Kanmani, Mahanati, and Sita Ramam have crossed the one-million dollar mark in the US.

Needless to say, the additional revenue Dulquer gets from Telugu states and Tamil Nadu helps him get more attractive deals from satellite channels and OTT platforms (Salute being the best example) compared to other Malayalam actors.

Dulquer made his screen debut in 2012 with the crime-thriller Second Show, and then came Ustad Hotel, a National Award-winning film, which also turned out to be a blockbuster.

Earlier in another interview, Dulquer said said ‘he is aware that his critics feel he is comfortable in the romance genre, a stereotype he wants to consciously break”.

“Sometimes, people want to put you in a box. I read comments from my critics and the so-called haters that say, ‘Oh he always does romantic comedies, romantic characters or he can only do one thing’. If you keep surprising the audience, you will be respected. As actors, you want to live different lives through your characters. As an actor, I am aware and conscious of my lineup, I want each film to be different from the other. I genuinely want to have a great portfolio of films,” he said.

Dulquer has also acted in two Hindi films, Karwaan and The Zoya Factor, but both films did not do well at the box office. But all he needs is another hit, and things could change in Bollywood too.

For an actor who is just 36, what Dulquer has done is stupendous by any yardstick and it’s only getting better and better. As they say, the show has just begun.