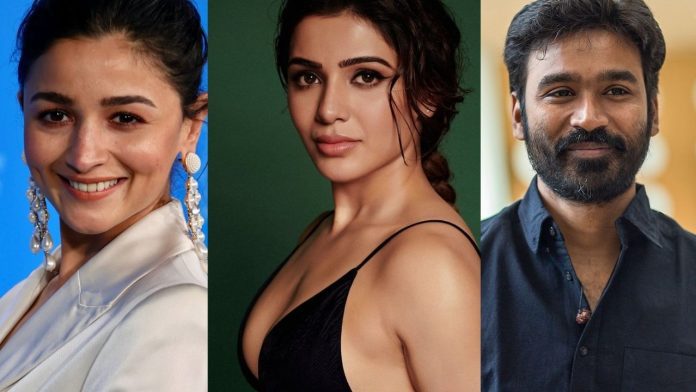 While Tamil superstar Dhanush bagged the top slot, Alia Bhatt cornered the second position and Samantha Ruth Prabhu was fifth in the list. Ahead of her in the fourth slot was 'RRR' actor Ram Charan

Proving that actors from the south film industry are ruling Indian cinema, Tamil actor Dhanush, who was last seen in a Hollywood film, The Gray Man, has topped the IMDb’s Most Popular Indian Stars of 2022 list. Interestingly, six out of the ten stars that have made it to this list are from south India.

This list has been created by the Seattle based IMDb (Internet Movie Database) on the basis of the number of page views registered for the celeb pages. IMDb is a wholly owned subsidiary of Amazon.com.

Bollywood actors Alia Bhatt and Aishwarya Rai Bachchan were ranked second and third on the list that IMDb shared on Wednesday (December 7). The other names who had made it to this top ten list, such as Ram Charan, Samantha Ruth Prabhu, NTR Jr, Allu Arjun and Yash, are all from south India. 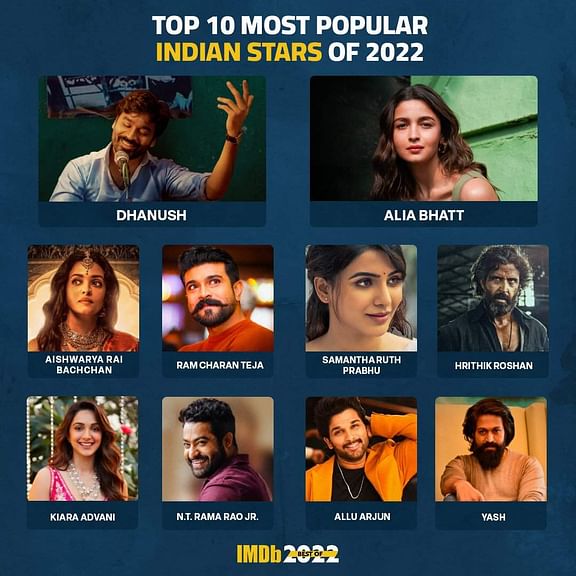 In a statement, Alia Bhatt told IMDb that 2022 has by far been the most memorable year for her at the movies and that she feels honoured to have “collaborated with our country’s finest filmmakers and artists.” Bhatt was last seen in the fantasy adventure film by Ayan  Mukherjee, Brahamastra.

Dhanush has featured in several popular projects this year, including the hit Tamil film, Thiruchitrambalam and the Hollywood movie, The Gray Man. Aishwarya Rai was not seen in many projects except for Mani Ratnam’s magnum opus Ponniyan Selvan 1.

Samantha, who got a lot of attention for her rambunctious song O Antava in the super-hit film, Pushpa, was seen in the lead role in the Telugu mystery thriller, Yashoda.

Ram Charan and NTR Jr were seen SS Rajamouli’s RRR that is currently vying for an Oscar nomination, while Yash’s KGF Chapter 2 stormed the box-office nationwide.

Meanwhile, Kiara Advani who made her acting debut with an unnoticed film called Fugly in (2014) features in most of Bollywood films today. Her Bhool Bhulaiyaa 2 was a runaway hit, and her Govinda Naam Mera with Vicky Kaushal is all set for a release this month. Hrithik Roshan played the role of Vedha in the Hindi remake of Vikram Vedha that released earlier this year.