Hurt by the COVID lockdown in the past few months, combined with the fear of contracting the coronavirus in a confined space that is likely to keep film-goers away from theatres for the foreseeable future, multiplex players in the country are planning to experiment with the drive-in concept to revive their fortunes.

Companies such as PVR, Inox, and Carnival Cinemas may open drive-in facilities by the end of this year or early next year, as they try to diversify revenue streams after being hit by five months of almost zero earnings since March.

Carnival is exploring markets such as Kerala, Karnataka, Delhi, Maharashtra, Andhra Pradesh, and Telangana for the format. “We have identified three locations in Bengaluru, Mumbai, and Kochi and are looking for more,” PV Sunil, managing director at Carnival Cinemas, said, according to Mint. “There have to be alternative forms of entertainment now,” he said.

“Knight Frank is in talks with a UK-based chain and Indian companies to launch drive-in cinemas in Delhi, Mumbai, Hyderabad and Punjab,” Abhishek Sharma, Director, retail at the realty consulting firm, said. He said the company has shortlisted at 20 properties, with each requiring an investment of ₹3-5 crore, Mint reported.

The concept of drive-in cinema has been popular in the West for long, with it seeing a revival in the wake of the COVID pandemic. In the US, there are more than 330 drive-in cinemas. 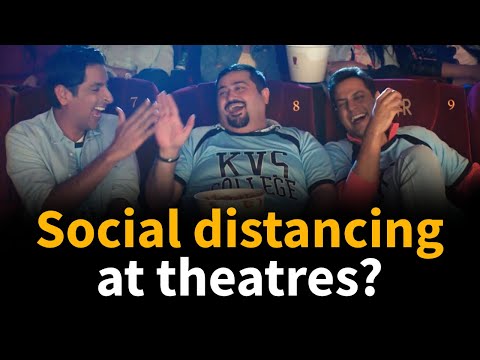 In India, the concept has not found much takers due to the climate, which is either very hot in summer or too cold in winter, especially in the north. The pandemic may give it a push with even single-screen owners from small towns and cities enquiring about outdoor screens, Mint quoted Preetham Daniels, senior vice-president, Asia, at movie screen manufacturing company Harkness Screens, as saying.

According to Carnival’s Sunil, the drive-in experience may not be cheap. Tickets could be priced as high as ₹600, he said.