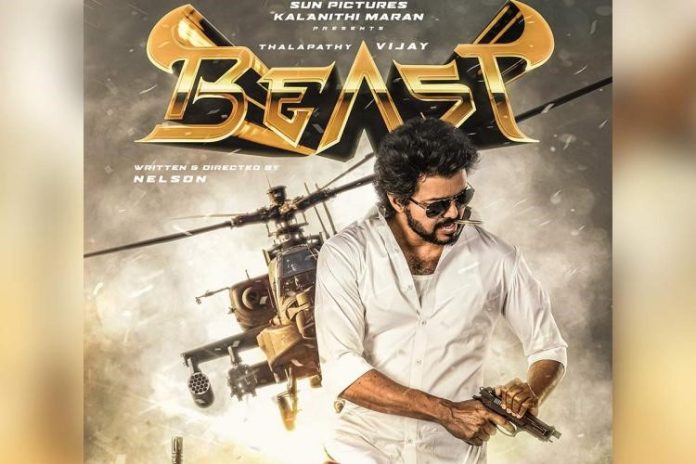 Overall, Beast is neither a Nelson film nor a Vijay film, the director has tried to deliver a bona fide action thriller but it ends up as a film that is catered only to the fans and not all moviegoers.

Dark comedy specialist Nelson, who grabbed the attention with his unique treatment in Nayanathara’s Kolamavu Kokila and Sivakarthikeyan’s Doctor, has not fully utilised his big-ticket film Beast featuring actor Vijay in the lead. The director has tried exploring the untapped action-thriller genre, the crowd favourite of the millions in Hollywood.

A Vijay film without an intro song is a rarity. It’s a welcome move by the actor to accept Nelson’s treatment and has completely surrendered himself to the vision of the filmmaker. While Nelson has concentrated on the style, he has missed the bus in the second half of the film.

Veera Raghavan (Vijay) is a notorious yet brave spy, who can pull off any mission but he operates on his terms and conditions. Long story short, either you trust or avoid him, there is no middle ground. As the trailer of the film conveyed, Beast is all about how Veera saved innocent lives from a potentially violent terrorist organisation that kept hundreds of civilians as hostages in Chennai’s happening shopping mall.

Following the pattern of Die Hard, James Bond, and several other Hollywood blockbusters, Nelson has used the spy angle to bring in unadulterated action in Beast. The action sequences are intense, powerful, stylish, and raw. Kudos to Anbariv masters and Vijay for his agility in stunts and songs (His stylish moves in Arabic Kuthu are one of the best in recent times). But Nelson, who effortlessly combined comedy and action in his first two films has not done the mixing right in Beast. While the first half of the film enthralls us, the second half gives us a mixed feeling.

Vijay looks razor-sharp throughout the film although his character demands a single tone expression throughout just like any other protagonists of Nelson’s universe. As mentioned earlier, Beast is not the usual Vijay film with template songs, punch dialogues, and gravity-defying stunts, but at the same time, Nelson has packaged the film with enough moments to please the fans of the actor.

The first half of Beast mostly revolves around Vijay’s failed mission (with a personal setback), his romantic track with Pooja Hegde, and their first encounter with the terrorist gang, which laid siege to the mall. While VTV Ganesh, Yogi Babu, Sathish, Sunil Reddy, and Shiva Arvind provide laughter here and there, the film completely gets into the action moment within 15 to 20 minutes after they enter the mall. Nelson has tried to match up the weak points in the second half by sketching a hair-raising action sequence in the climax and an easy-going song but we wish he concentrated more on the writing department.

Compared to the lengthy yet engaging first half, Beast takes a detour with a few needless comedy and romantic tracks in the second half. As usual, the two ladies — Pooja Hedge and Aparna Das did not get the meaty part in this magnum opus, which is Vijay’s one-man show. However, the other supporting actors like Selvaraghavan (surprise), VTV Ganesh, Yogi Babu, Sunil Reddy, Sathish, and others have done a neat job. On the downside, Shaji Chen is a big let-down, his character is easily the most annoying in the entire film.

Overall, Beast is neither a Nelson film nor a Vijay film, the director has tried to deliver a bona fide action thriller but it ends up as a film that is catered only to the fans and not all moviegoers.