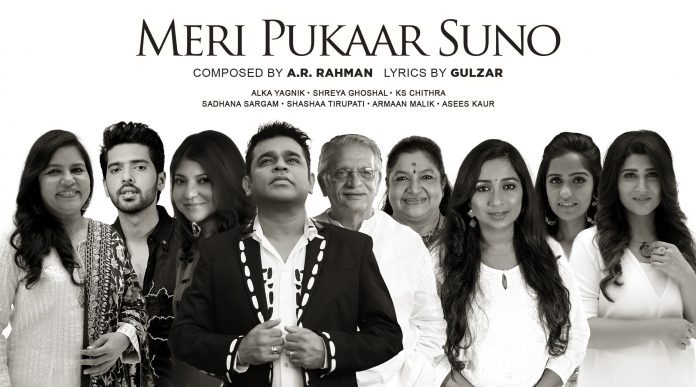 Meri Pukaar Suno, which was released on June 25, is a call by Mother Earth to draw from the healing power of nature and is sung by many leading Bollywood playback singers

Renowned lyricist and poet, Gulzar and Academy award-winning musician A R Rahman, who have spun magic with their collaborations in films such as Dil Se, Slumdog Millionaire, Saathiya etc., have teamed up together again to create an anthem of hope and healing in these troubled times.

The single, titled Meri Pukaar Suno, which was released on June 25 by Sony Music India, is a call by Mother Earth to draw from the healing power of nature, and to take heart from the bright colours of nature all around us and hope that this time too shall pass. It has been headlined by an iconic ensemble featuring artists like Alka Yagnik, Shreya Ghoshal, K S Chithra, Sadhana Sargam, Shashaa Tirupati, Armaan Malik and Asees Kaur.

Explaining the core message behind the song, maestro A R Rahman said in a statement,  “This time, this period of the pandemic, is an extraordinary phase in everyone’s life. There is so much uncertainty and pain, and yet, so much resilience and healing. Gulzarji and I wished to create a song of hope because we all need comfort and reassurance. Meri Pukar Suno is like Mother India singing to her children through her daughters.”

Also read: The Edge of All We Know: A quest to understand black holes 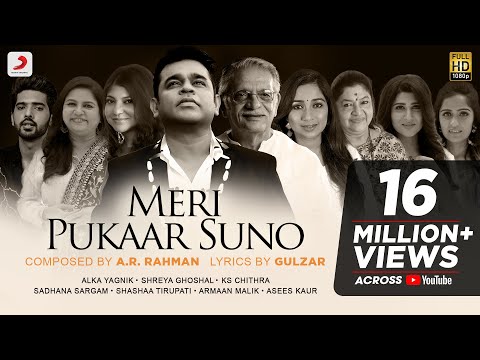 According to Rahman, who was unwittingly the reason behind Twitter blocking India’s IT Minister from their social platform last week, Meri Pukaar Suno was composed lift people’s spirits.

Meanwhile, speaking about the genesis of the anthem, Gulzar too said in a statement that this is a story about Maati Maa, our Mother Earth, who is appealing to us to listen to her. “She gives us hope with her bountiful resources, cool breeze, flowing streams and endless sunshine; asking us for a promise to look after our gift of life. Rahman sahab has given my words a truly magical composition as always,” he added.

The video starts with children clad in white moving to stand in front of a white canvas to dip into vibrant blue and red paint to start painting. One of the boys struggles for inspiration to paint and in the backdrop Alka Yagnik starts to croon the first stanza and then the other singers take off in turns to complete the anthem.

The song talks of Mother Earth calling people to soak in the sun’s rays and spread it around and to take deep breaths from the wind blowing below the wide sky. “Listen to my call, I have been saying it for years, but I will tell you one more time,” sing the artistes. The song is urging people to tap nature’s rich offerings and spread hope that the darkness will lift.

Meanwhile, the boy leaves the white canvas behind and heads outside to make a drawing out of chalk on the hard ground. It is of a woman in the shape of the India map and he lies down on it. The last visual is of Mother Earth cradling the boy in her arms.

The look of the video is pristine and contemporary. The song is available on all streaming platforms. Sharing the music video on her Instagram page, Shreya Ghoshal, who is also in the video, said that she was giving everyone “the gift of HOPE and HEALING” from all of them with love!