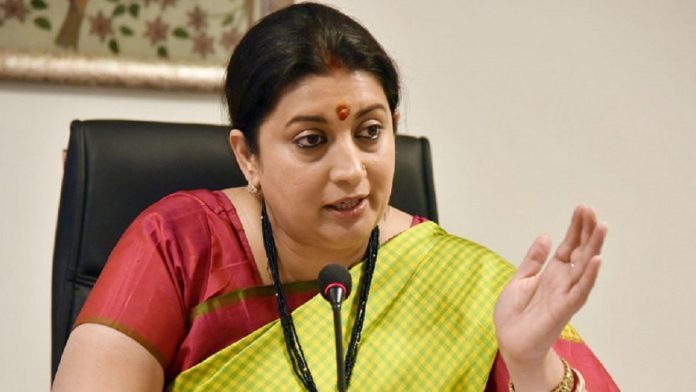 Smriti Irani has come a full circle. The Union minister courted fresh controversy after an affidavit submitted by her to the Election Commission mentioned that she did not complete her graduation from Delhi University.

And, here it is @smritiirani finally admits she is not a graduate pic.twitter.com/hco3csdAo6

Irani, in her 2004 Chandni Chowk nomination affidavit, claimed to have completed Bachelor of Arts from Delhi University in 1996. However, in 2014 – and again in 2019 – said that she had not completed a three-year Bachelor of Commerce degree from University of Delhi’s School of Open learning.

In response to a question, Smriti Irani, in 2014, claimed to possess a degree from Yale University. She said even though people thought her to be illiterate, she has a degree from Yale which she could bring out and show “how Yale celebrated her leadership qualities.”

For some strange reason, @smritiirani did not mention this degree from Yale in her nomination today. pic.twitter.com/81oFfxq11V

Later, she said the degree was, in fact, a certificate given to Members of Parliament for attending a six-day course.

After being mocked on Twitter and drawing the ire of the Opposition, Irani said she was misunderstood

While people tore into Irani on social media, the Opposition condemned her for her inconsistency.

Smriti Irani may or may not be a graduate. But being inconsistent with facts while disclosing educational qualifications is infelicitous.

Irani had played a key role in the serial ‘Kyunki Saas Bhi Kabhi Bahu Thi’ which aired from 2000 to 2008.

Trolls meanwhile, had a field day on social media, especially Twitter, dragging Irani for going back and forth on her educational qualifications.

Let us feel proud that you have a degree at least. https://t.co/KagrtblLkT

Ms. HRD minister has double PhD from Yale University.. One in fekular biology and another is Jumla technology. Anyone doubting that will considered as anti national. #SmritiIrani