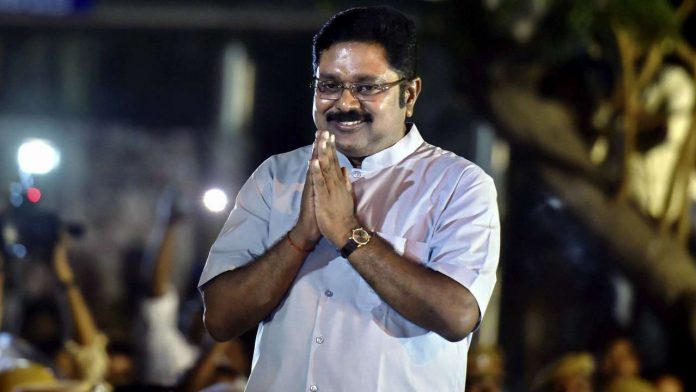 The Supreme Court on Tuesday (March 27) denied to pass an order directing the Election Commission of India (ECI) to allocate the ‘pressure cooker’ symbol to TTV Dhinakaran’s Amma Makkal Munnetra Kazhagam (AMMK) on Tuesday. Chief Justice of India (CJI) Ranjan Gogoi asked the ECI to but consider allocating a common symbol to the AMMK.

The ECI told the bench, hearing TTV’s plea for the ‘pressure cooker’ symbol, that it was not possible as AMMK was not a registered party.

Subsequently, TTV’s counsel Kapil Sabil sought the allocation of at least a common symbol for the AMMK. He told the court that the party would be registered immediately.

The ECI said it was not possible to allocate a common symbol for AMMK immediately. It could give separate symbols to candidates contesting on AMMK tickets.

The court then asked the ECI to consider allocating a common symbol for TTV and said different symbols to candidates of the same party would create confusion.

The High Court also upheld the ECI’s decision of November 23, 2017, saying none of the grounds of challenge raised by the TTV-Sasikala faction could be made out. After the HC pronounced its verdict, TTV and Sasikala urged the court to direct the ECI to not allot the ‘pressure cooker’ symbol to anyone till they moved the apex court.

On TTV’s plea, a bench comprising of CJI Ranjan Gogoi, justices Deepak Gupta and Sanjiv Khanna issued notice to the ECI. Senior advocate Mukul Rohatgi, appearing for Tamil Nadu Chief Minister E Palaniswami-led faction, had told the court: “I am the real AIADMK and he (Dhinakaran) has already floated a new party.” The bench said it will hear the matter on March 25.