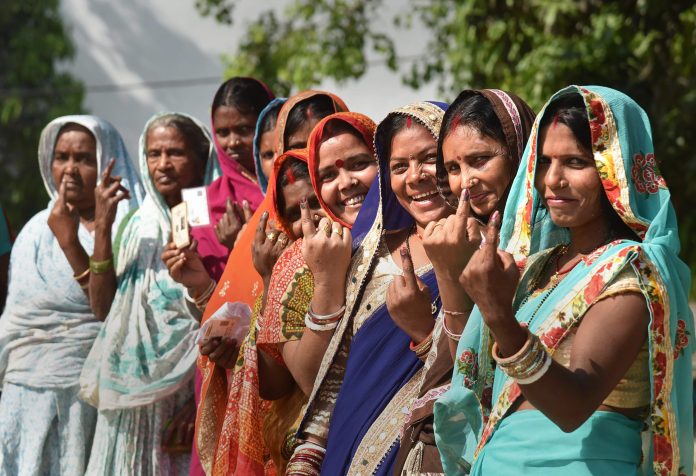 The Bharatiya Janata Party (BJP)-led National Democratic Alliance (NDA) is set to sweep the 2019 Lok Sabha polls, if we go by the exit polls released by agencies and news organisations.

Pollsters such as Times Now-VMR, Republic Bharat-Jan ki Baat, TV9 Bharat-Varsh C-Voter, Republic TV – C-Voter and News Nation has predicted that the NDA will cross the magic number – 272 seats in the lower house. Meanwhile, the UPA alliance will manage to win about 126-132 seats in the Lok Sabha.

Only NewsX NETA has claimed that the NDA may not reach the majority and secure just 242 seats, while the UPA may win 164 seats.

According to various pollsters, the regional parties will win about 104-146 seats in the Lok Sabha.

If we look at the region-wise prediction, the NDA may take a hit in the Southern states of India except for Karnataka, as per the India Today Axis polls. The BJP may win up to 25 seats in Karnataka but its efforts to make inroads in Kerala and its alliance with ADMK in Tamil Nadu may fail to turn into seats.

In these states, the regional parties are likely to hold their turf. Exit polls suggest that the Congress-DMK alliance will win in Tamil Nadu, Jaganmohan Reddy may clean sweep Andhra Pradesh and the UDF in Kerala may come to power.

In the states of Gujarat, Madhya Pradesh, Rajasthan and Goa and Maharashtra, the BJP is set to sweep the 2019 general elections. Pollsters say West Bengal may be in for a surprise as the BJP may be successful in making inroads in the state. Polls from various agencies predict that Mamata Banerjee’s TMC may be able to win about 25 seats, while the BJP may manage to win nearly 15 seats in the state.

In the Hindi heartland, the Mahagathbandhan in Uttar Pradesh is set to give a close competition to the BJP with the former winning upto 43 seats while the BJP securing 40 seats, according to CVoter. The UPA may be able to grab just 2 seats, suggests the pollster. In contrast, India Today My Axis polls suggests a clean sweep for the BJP in Uttar Pradesh (62-68). It has predicted that the Mahagathbandhan will manage to secure just 10-16 seats. Apart from these states, the BJP is seen as getting a majority in Bihar and Chhattisgarh. It may be neck-and-neck with the BJD in Odisha.

With polling in 542 constituencies in the Lok Sabha polls 2019 being concluded on May 12, the focus now has shifted to exit polls. Exit polls are a survey of voters conducted immediately after the voters have left their polling station. It is a private organization and indicates the potential results based on certain assumptions.

In the opinion polls, a majority of pollsters gave majority to the NDA alliance with some predicting that the saffron party and its alliances will get seats in the range of 237 and 310. Only Chanakyya’s forecast gave a majority to UPA (295 seats), while the NDA alliance getting 247 seats. The remaining pollsters such as ABP News – C voter, Republic TV — C Voter and India Today – Karvy predicted a hung assembly.

What exactly are exit polls?

Exit poll is a post-voting survey conducted just after a voter casts his or her vote. Agencies and organisations such as Chanakya ask the voters about whom they have voted for and assuming that the voter tells them the truth, they analyse the trend and forecast the result.

Since these organisations and agencies use different methods to conduct the survey and select sample sizes, each of these each poll has a margin of error. There are other concerns such as confirmation bias, strategic formation of questions and caste and religious aspects that one needs to take into account. If not, exit polls may go wrong. Sometimes, however, predictions does hit the bull’s eye. For example, in 2014 Today’s Chanakya correctly projected 340 seats for NDA and 291 for the BJP.