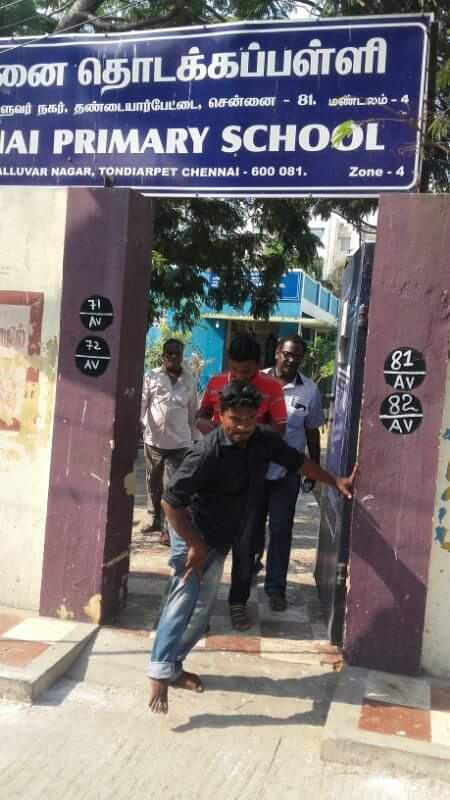 The Dravida Munnetra Kazhagam (DMK) manifesto for the upcoming Lok Sabha elections has included a comprehensive legislation to curb human trafficking. The 41st point in the manifesto that was launched a few days ago mentions the party’s commitment to bring a law to curb trafficking, including sex trafficking, bonded labour and trafficking of human for smuggling organs.

Talking to The Federal, Tiruchi Siva, DMK, Member of Parliament, Rajya Sabha, who was part of the committee that prepared the manifesto, said that the issue of trafficking applies for the whole of India, even as the state of Tamil Nadu especially Chennai has been a major point of transit for trafficking. He added, “This has been a vital issue and we in DMK are committed to give voice to the voiceless. Thousands suffer due to trafficking and it is not restricted to a particular state. We need to combat it with a holistic legislation.”

He added that the point has been included because manifestos are not just about issues that secure votes. “It is a heinous crime and it affects the most marginalised section of people,” he said.

According to activists working towards preventing trafficking, India is a source and destination country for trafficking, indicating an urgent need to contain the crime through legislations. M Devasitham, associate director, strategic development, International Justice Mission, pointed out that it is the third on the list of crimes after illegal sale of drugs and weapons both in India and across the world. He said that the shadow of trafficking is growing in India, thanks to technology and a well-coordinated network of perpetrators. He said, “Between 2015 and 2016, there was a rise of 18 per cent in the number of cases of human trafficking registered in the country. The 2016 data of the National Crime Records Bureau revealed that 8000-odd cases of human trafficking were registered across India. The rate is growing every year and if not contained, it can turn into an alarming situation.”

West Bengal tops as the source point with most number of people trafficked for sex work and bonded labour and Tamil Nadu is the second, as per the records, he said. Meagre wages and long hours of work make the poor easy victims of trafficking. He added, “In Tamil Nadu, trafficking has spread to several industries, unlike earlier when it was restricted to a few like brick kilns. People trafficked are often not aware of their destination and they are often sent to work in cities like Bengaluru, Hyderabad and Chennai, all the way from places like Odisha or Jharkhand.”

Sharon Jabez, associated director, media and communication, IJM, pointed out while bonded labour is the most common form of trafficking, sex work fetches the most profits. She added, “However, we have observed that it is not now restricted to a poor or marginalised group. Even the middle class families are at risk, going by the profile of missing children. Trafficking is hitting us very close and we have to be ahead of the traffickers.”

While the much touted The Trafficking of Persons (Prevention, Protection and Rehabilitation) Bill, 2018 has lapsed, experts argue that it was still in the best of interests of the vulnerable sections. Devasitham said, ”It had an excellent regulatory aspect with district level committee to monitor activities that stressed a lot on prevention. Any bill addressing trafficking should be both regulatory and reactionary.”

Acknowledging the bill, Tiruchi Siva said that the proposed bill would be studied before any further step is taken by the party to moot a legislation.

In Thiruttani near Thiruvallur, Tamil Nadu, Shanmugam (40), a farm labourer who spent five years in a brick kiln in Vellore as a bonded labour along with his wife and two children, is one of the many who is heaving a sigh of relief. Shanmugam was held captive for Rs 5000 loan that he availed from the kiln owner for his sister’s marriage. He was rescued during a raid by officials in 2013  “We need a strong legislation to stop this once for all. The plight of people like me is unimaginable. We go through torture, abuse and endure hunger and poverty, despite working hard. The government officials are doing a lot to rescue us and with a strong legislation, they will be ably supported,” he said.