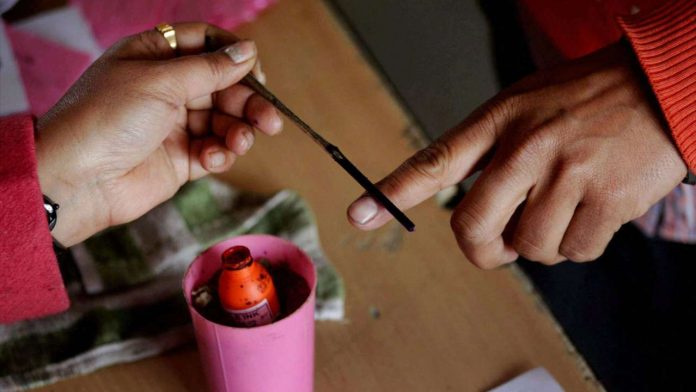 The Madras High Court came down heavily on senior officials of the Election Commission for playing “a fraud in connivance with the ruling party (AIADMK)” by accepting AIADMK leader and then chief minister J Jayalalithaa’s thumb impression on Thiruparakundram candidate AK Bose’s nomination papers. The HC order set aside the election of AIADMK candidate Bose (since deceased) in the November 2016 bypoll, when Jayalalithaa was in a private hospital.

In his court order, Justice P Velmurugan named two officials — then chief electoral officer Rajesh Lakhoni and principal secretary to the EC KF Wilfred — while allowing the petition filed by DMK candidate P Saravanan. After his victory, Bose died on August 2, 2018. However, the High Court did not declare Saravanan the winner.

The court ruled that the EC should not have accepted Jayalalithaa’s thumb impressions on Forms A (for getting party symbol) and B (declaration of official candidate of a party) submitted by Bose as the rules permit only signatures in ink. The judgment raises serious questions about the functioning of the EC. It also exposes the goings-on in the AIADMK government while handling the nomination for the by-elections.

New light may emerge on the other two by-elections in Thanjavur and Aravakurichi as well since the same modus operandi was used by the AIADMK for the November 19, 2016 by-elections. Similar thumb impressions were obtained for the nomination process of the AIADMK candidates. The court has raised doubts over whether the thumb impressions were genuine.

The decisions of the EC have been under the scanner ever since the issue of the party’s ‘two leaves’ symbol came before the EC after a division in the party. When O Panneerselvam broke away from the Sasikala-led AIADMK, the EC froze the symbol. But when OPS merged with Chief Minister Edappadi K Palaniswami’s group, the combination had far fewer MLAs and office-bearers than what Sasikala commanded. Yet, the EC chose to give the symbol to the ruling group.

In the RK Nagar bypoll, the EC postponed the election after raids in several places in Chennai, including the residence of Health Minister Vijayabhaskar. The EC said documents relating to the distribution of ₹89 crore in cash to influence the election were seized. Yet, there has been no action on the matter, though the EC said the state government should file a case and prosecute the guilty. The RK Nagar bypoll was later announced a day after the EC gave the order allotting the symbol to the OPS-EPS group. This, too, raised eyebrows as the bypoll was delayed for several months.

Too much to ask for?

Raids were conducted in over 130 places across the country related to Sasikala’s group. Yet, TTV Dhinakaran of the Sasikala group won the by-election, defeating the ruling parties at the centre and the state.

The past two years have not been good for the EC in the state, with several strange and contradictory positions being taken. It announced bypoll for Tiruvarur seat but put it off after receiving a letter from the state government that flood relief work was still going on. It decided to hold elections for only 18 of the 21 Assembly seats left vacant by the disqualification of the AIADMK MLAs who switched over to the Dhinakaran camp. The reason cited was that petitions were pending in court against them, whereas the courts had not stayed fresh bypolls from taking place.