The dates for the Common University Entrance Test (UG) 2022 will be announced anytime and students are gearing up for an exam that will decide their future course of life.

The National Testing Agency (NTA) has received 1.21 crore applications for admissions to 88 universities across the country for the 2022-23 academic session. It is mandatory for students to clear the CUET exam for admission to Central universities. 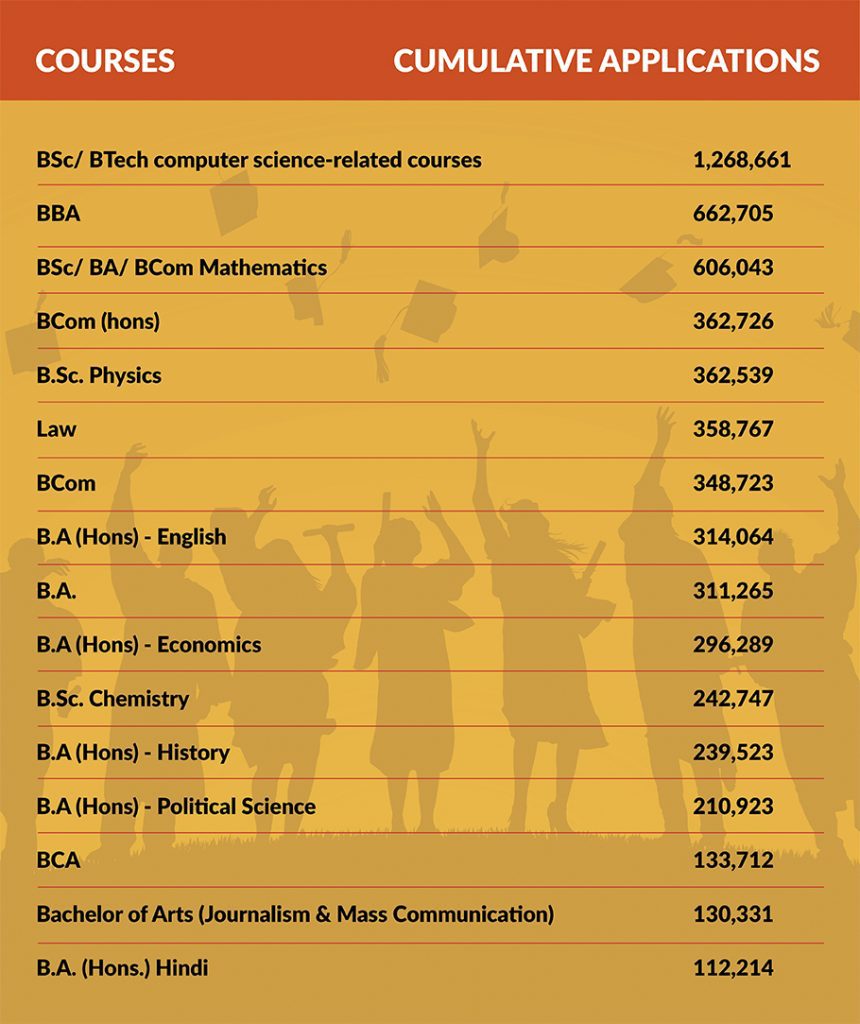 The Times of India analysed the applications received by the NTA and found that computer science/information technology is the most popular choice. Business administration and mathematics are the second and third top choices, respectively.

A total of 12.7 lakh candidates opted for a BSc or BTech in computer science/IT/artificial intelligence/machine learning. After computers, BBA was the second most popular choice with 6.6 lakh applications. The aspirants for BBA include those who want to go on and do an MBA and chose a five-year programme instead. Mathematics (Honours) was the third most popular choice among the aspirants with 6 lakh applications.

Also read: CUET has its pluses, but keeping coaching institutes at bay is a challenge

The Common University Entrance Test (UG) 2022 is likely to be held between July 15 and July 27.