“I love you,” AAP convenor Arvind Kejriwal greeted his supporters on Tuesday (February 11) after his party bagged a landslide win in the Delhi assembly elections, granting him his third tenues as the chief minister of the national capital. Latest trends show AAP leading in 62 of the total 70 seats in the legislative assembly.

Addressing his supporters after the trends predicted a comfortable victory of the AAP, Kejriwal said a new kind of politics has emerged from the Delhi Assembly polls with people rewarding the party which built schools, hospitals and provided cheap electricity round-the-clock. He also hailed his win as a victory of India. 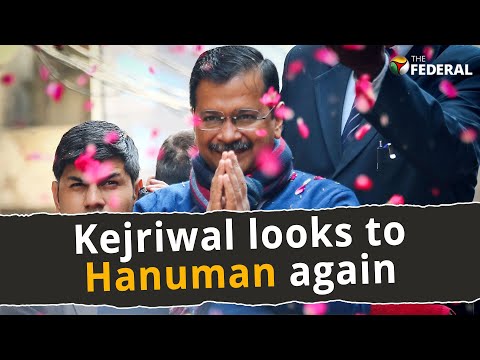 “I love you,” Kejriwal said in a brief address to joyous supporters and party workers at the AAP’s headquarters in the national capital. “It is a victory of the people of Delhi who considered me their son… Lord Hanuman has blessed us. May god give us more strength to serve people of Delhi,” he said.

The chief minister said the “politics of work” has taken birth in Delhi and the AAP’s victory is of the entire country. “Bharat mata ki jai…Inquilab zindabad,” Kejriwal said as he started addressing the supporters.