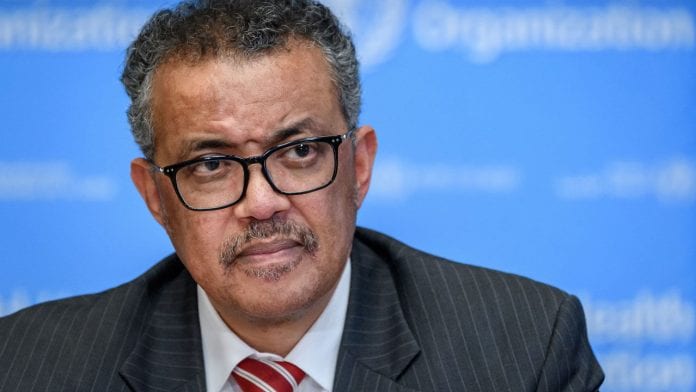 The WHO chief has drawn attention to the 'shocking disparity' in the global distribution of vaccines, as well as unequal access to life-saving tools

WHO Director-General Dr Tedros Adhanom Ghebreyesus on Thursday said the world is in the “early stages” of a third wave of COVID-19 amid the surge of the Delta variant, which first originated in India.

On Wednesday the WHO chief said that Delta variant’s spread, along with increased social mobility and the inconsistent use of proven public health measures, was driving an increase in both case numbers and deaths.

Dr Ghebreyesus recalled the sustained decline in COVID-19 cases and deaths that was being driven, in recent months, by increasing vaccination rates in Europe and North America, and sounded alarm over the reversal of that trend.

“Unfortunately… we are now in the early stages of a third wave,” he said.

Last week marked the fourth consecutive week of rising cases of COVID-19 globally, with increases recorded in all but one of WHO’s six regions – Africa, the Americas, Southeast Asia, Europe, Eastern Mediterranean and Western Pacific. Deaths are also rising again, after 10 weeks of steady decline.

Meanwhile, the virus is continuing to evolve, resulting in more transmissible variants, the director-general said.

“The Delta variant is now in more than 111 countries and we expect it to soon be the dominant COVID-19 strain circulating worldwide, if it isn’t already,” he said.

Dr Ghebreyesus drew attention to the “shocking disparity” in the global distribution of vaccines, as well as unequal access to life-saving tools.

He said inequity has created a two-track pandemic – one track for countries with the greatest access to vaccines, who are lifting restrictions and reopening their societies, and a second track for those without vaccine access who are left “at the mercy of the virus”.

Last week a US expert called the Delta variant “the 2020 version of COVID-19 on steroids”.