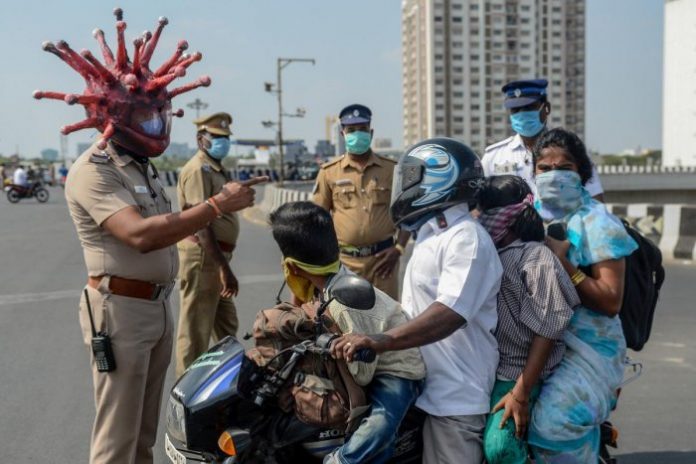 The night curfew and Sunday lockdowns however are going to set back the Tamil Nadu state government by  a few crores. of rupees. Pic; PTI

Shortly after the Sunday (April 18) announcement that a night curfew and Sunday lockdowns will be imposed from April 20 onwards in Tamil Nadu, many people and memes on social media sharply criticised the state government’s decision. However, it seems the government had its reasons.

State government officials admitted that this was more a “psychological lockdown” to enable people to come to terms with the current situation, which is not normal. In fact, some doctors involved in treating COVID-19 patients had recommended an intense lockdown for a week to bring down the active cases.

Talking to The Federal, a senior official said, “We had various views before us and we discussed all of them in detail. Finally, we decided to impose night curfew since it will have less impact on the economy and at the same time, it will affect people psychologically and they will realise the seriousness of the situation.”

By imposing night curfew, the government hoped that it would reduce unnecessary travel among the citizens. It will also stop people from increasing crowd numbers in marriages, social gatherings and funerals as well. “We want to cut back on some activities which are not important to daily life. This was possible only by imposing a night curfew. People generally travel during the night-time and were transmitting the virus rapidly at that time and we wanted to prevent this,” reiterated the official.

By allowing day-time activities, the government did not want to touch the livelihood of people in anyway. This was another reason for limiting the curfew only to the night. However, the official cautioned that people should follow the COVID protocol wherever they go. “Mask and social distancing are very important and people must understand that they must follow the COVID protocol. Similarly, without any doubt, all must take the vaccine jabs twice. Any available vaccine will do,” stressed the official.

The night curfew and Sunday lockdowns however are going to set back the government by  a few crores. “We have calculated that the total loss due to Sunday lockdown, which includes closure of liquor shops, is going to be ₹3,000 crore. We are not sure how many Sunday lockdowns will be there,” said the official.

Election campaigns were one cluster which increased cases in Tamil Nadu. “Nothing could be done when the various parties held election rallies and campaigned. People did not wear masks or maintained social distance,” said the official, adding that their “hands were tied”.

Day of shootouts in WC: Argentina in semi-fin...