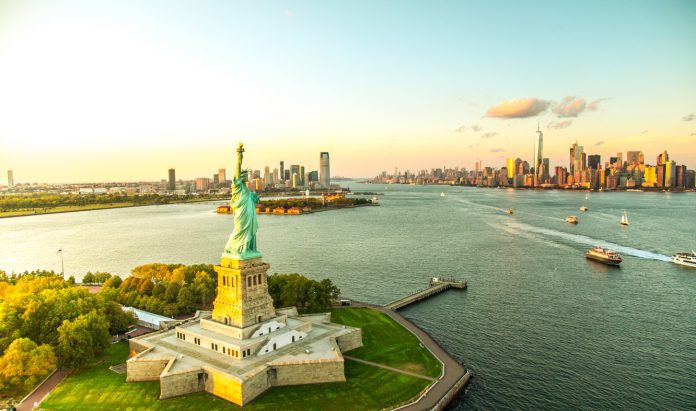 The US will now permit entry to foreign air travellers who are fully vaccinated against COVID-19 from November onwards. The announcement comes at a time when the United Kingdom has not recognised Indian vaccines, and those vaccinated with Covishield -developed by Oxford-AstraZeneca and manufactured in India by Serum Institute of India – are included in the unvaccinated category.

According to Jeff Zients, the White House pandemic coordinator, international travel was “critical to connecting families and friends, to fuelling small and large businesses, and to promoting the open exchange of ideas and culture.”

Presently, the US permits only its citizens, members of their immediate families, green card holders, and individuals with national interest exemptions (NIE) if they have been in India in the last two weeks. The latest announcement to admit fully vaccinated air travellers apply to 26 countries in Europe, and also include Britain, India, Ireland, China, South Africa, Brazil and Iran. Non-US citizens who visited those countries in the last 14 days are excluded under the unprecedented US restrictions.

The international travellers will have to provide proof of full vaccination and a negative COVID-19 test report taken 72 hours prior to departure for the US. Zients also told the media that while the international travellers who are fully vaccinated have to follow a 14-day quarantine, the vaccines that qualify for the same would be determined by the Centers for Disease Control and Prevention (CDC), a national public health agency of the US.

The question of which vaccines are acceptable is the core of diplomatic controversy. A notification by the UK which was released on September 17 said that those inoculated ‘under an approved vaccination program in the UK, Europe, US or UK vaccine programmes overseas’ are considered to be fully vaccinated. The list did not include India. Thereby, individuals who received Covishield, a vaccine manufactured by Serum Institute of India, are subject to the restrictions that apply to the unvaccinated.

Sources told The Indian Express that India would invoke a “reciprocity principle” if the UK did not reconsider. The British High Commission has been informed that the British citizens would also be subject to a mandatory 10-day quarantine. External Affairs Minister S Jaishankar would speak on the matter with the newly-appointed British Foreign Secretary Liz Truss, sources said.

Covishield is recognised by the World Health Organisation and most other countries, including the US. India’s indigenous vaccine Covaxin is approved by a handful of countries.  Government officials told the Indian Express that the UK’s decision on Covishiled is “purely administrative.”

Jairam called the UK’s move ‘absolutely bizarre’ and ‘smacks of racism.’ Shashi Tharoor said it was offensive to quarantine the fully vaccinated.

India has been trying to gain recognition of the country’s vaccines on a ‘multi reciprocal basis.’ The country’s High Commissioner to the UK Gaitri Issar Kumar also raised the issue during the annual summit of the Confederation of Indian Industry (CII) held last week. Foreign Secretary Harsh Vardhan Shringla has also raised the matter during his visit to the UK.