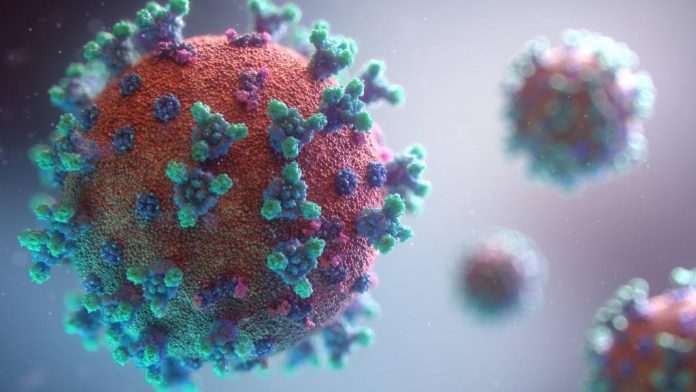 Omicron is driving COVID-19 case numbers to peak in many countries around the world. But what’s disturbing is that scientists are ringing the alarm bell about a new and more ‘severe’ variant than Omicron, which has emerged in the south of France recently.

As Omicron, labelled as a variant of concern is rapidly spreading across the world, a new variant IHU, the “B.1.640.2” was discovered by the academicians at the institute – IHU Mediterranee Infection.

Researchers have said that the new variant has even more mutations than the Omicron – 46 mutations. The 12 people, who caught this variant live near Marseilles and had recently travelled to the African country Cameroon, said media reports.

It was US epidemiologist and health economist Eric Feigl-Ding who tweeted about this news and made it public.

?NEW VARIANT—French scientists have “rung the bell” after discovering a cluster 12 cases of a variant of “atypical combination” with **46 mutations & 37 deletions** in southern France after index case returned from Cameroon??—dubbed #B16402.? #COVID19 https://t.co/SHXCbnkQUr pic.twitter.com/UwdL2hSW5g

“French scientists have “rung the bell” after discovering a cluster 12 cases of a variant of “atypical combination” with **46 mutations & 37 deletions** in southern France after index case returned from Cameroon,” he tweeted.

However, he added in a series of tweets that it is not necessary that new variants which are being constantly detected will be more dangerous. What makes a variant more “well-known and dangerous” is its ability to multiply because of the number of mutations it has in relation to the original virus, wrote the epidemiologist Eric Feigl-Ding.

This ability to multiply makes it a “variant of concern” – like Omicron, which is more contagious and more past immunity evasive. “It remains to be seen in which category this new variant will fall,” said the scientist.

Eric Feigl-Ding also quoted French scientists to point out that “these observations show once again the unpredictability of the emergence of new #SARSCoV2 variants and their introduction from abroad, and they exemplify the difficulty to control such introduction and subsequent spread”.

Meanwhile, no other country seemed to have reported the B.1.640.2. Neither has the World Health Organisation (WHO) labelled it as a variant under investigation. This disturbing revelation of yet another more severe variant comes as France announced a fresh plan to crack down on the unvaccinated.