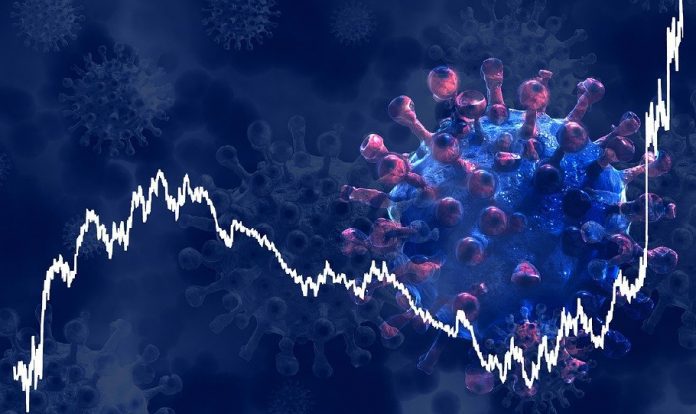 India’s third wave of Covid, fuelled by the Omicron variant, is likely to peak in January-end and February, with cases set to hit 10 lakh, a new study has predicted.

As per the study, while the country might witness the peak in January end, different states could see their peaks hitting at different times, but it predicted that most states would see it within February.

The study, done jointly by IISc and ISI in Bengaluru, led by Professors Siva Athreya and Professor Rajesh Sundaresan, is based on the number of people who have not been vaccinated in the country, enabling an estimation of the susceptibility of people to the virus in the current season.

For instance, Delhi could peak by mid-January or the third week of the month whereas Tamil Nadu could see a peak by the last week of January or the first week of February, depending on the number of people infected by the virus.

Based on the vaccination status of the people and their susceptibility to the virus, the study said that the daily cases in the country could hit 3 lakh, 6 lakh or 10 lakh during the peak.

The number of cases could start flattening by early, it said.

There has been a sudden spurt in the number of coronavirus cases in the country since December on the back of the highly-infectious Omicron variant, found first in South Africa.

As state governments are mulling or implementing phased lockdowns, the Centre has asked that all necessary precautions are taken.

A group of researchers at the Indian Institute of Technology (IIT), Kanpur too had done a similar study that said that the Covid wave would peak by February 3.

As per a Covid-19 Tracker India, developed by University of Cambridge researchers, India is likely to see a period of explosive growth in daily cases during a relatively short period of time unlike the 2021 wave which lasted for a few months.

“Across India, daily growth rates are on increasing trends, implying that cases are accelerating, not merely increasing in almost all states and union territories. This phase of super exponential growth in cases is likely to end in a few days. The daily growth rate is approaching its maximum in some states that are currently leading in terms of growth in infection. In the phase that follows cases will continue to increase but at smaller and smaller rates,” it said.