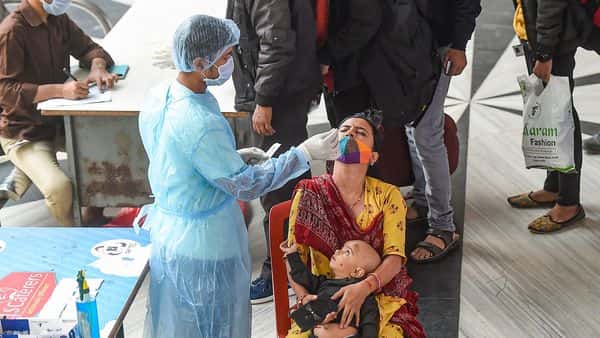 As India is firmly in the grip of the third wave of the pandemic, researchers at the Indian Institute of Science (IISc) and the Indian Statistical Institute (ISI) in their new projections have claimed that the current sharp spike in COVID-19 cases will abate across the country in February.

This timelines may however slightly differ from state to state. The present curve will be flattened by March or April, but during the peak India might just see cases shoot up to eight lakh on a daily basis.

Maharashtra could be the worst-hit, likely to experience over 175,000 daily cases at its peak (at 100 percent susceptibility). According to the model, Kerala and Tamil Nadu may witness one lakh and over 80,000 daily cases respectively, around the beginning of February.

There could also be a scramble for ICU beds, which can go beyond 20,000. This could be again in the worst-case scenario but as a matter of course the demand will range from 10,000 to 15,000.

Meanwhile, India added 1.95 lakh new COVID-19 infections taking the total tally of cases to 3.6 lakh. There have been 4,868 cases of the Omicron variant, according to the Union Health Ministry data updated on Wednesday (January 12). The active cases too have shot up to 9,55,319, the highest in 211 days, while the death toll has risen to 4,84,655 with 442 fresh fatalities, the data updated at 8 am on Wednesday stated.