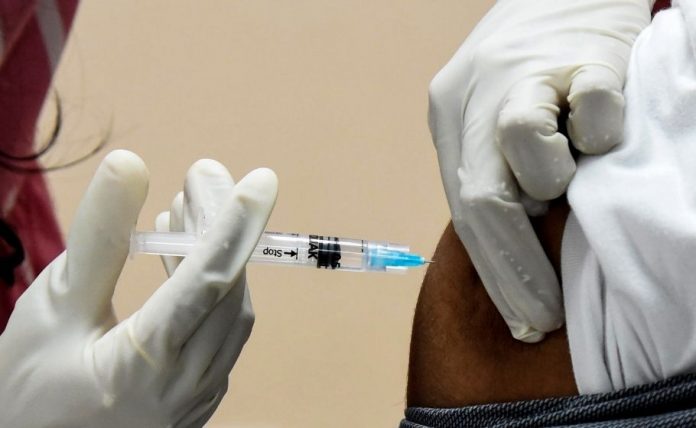 It was also observed that the vaccinated participants had less severe symptoms of the virus. Pic: Representative visual

A team of researchers from Pune has said measles-containing vaccines (MCVs) might offer children some protection against COVID-19. A study by Pune’s BJ Government Medical College (BJGMC) on children below 18 years of age, who tested positive for COVID infection, showed that those vaccinated with MCVs had milder symptoms than those who were not.

The BJGMC is attached with Sassoon General Hospital.

The study showed that MCVs – a part of India’s routine immunization programme — have effectiveness of 87.5 per cent against the SARS-CoV-2 virus that causes the COVID-19.

The study included 548 children aged between 1-17 years who tested positive for SARS-CoV-2 infection through reverse transcription polymerase chain reaction (RT-PCR) between March 2020 and July 31, 2020 and living within the Pune Municipal Corporation jurisdiction.

“This is the world’s first such study. We focused on MMR vaccines for the study since the amino acid sequence of SARS-CoV-2 is nearly 30 per cent similar to that of the rubella virus. The spike (S) protein of SARS-CoV-2 is also similar to the hemagglutinin protein of the measles virus. That is why we did the study and the results are promising,” paediatrician Dr Nilesh Gujar, the study’s lead investigator, was quoted as saying by India Today.

Also read: Are you worried after being vaccinated, read this

Virologist Dr V Ravi told the media that it was common sense that the virus will attack people who are not immune. “You can get immunity from this virus either through infection or through vaccination. If not, the virus will definitely catch you. Adults, more people are getting infected — most in the first wave and second wave. Adults have vaccine so they are getting vaccinated. Children in the first wave had only 4 per cent (infection) across the country, in the second wave 10-15 per cent,” he said.

Dr Malangori Parande, who is a researcher in BJGMC told the Hindustan Times, “Although the study is promising, it should be noted that this was a retrospective case-control study and such studies may have certain limitations. Results obtained in this study need to be confirmed further.”