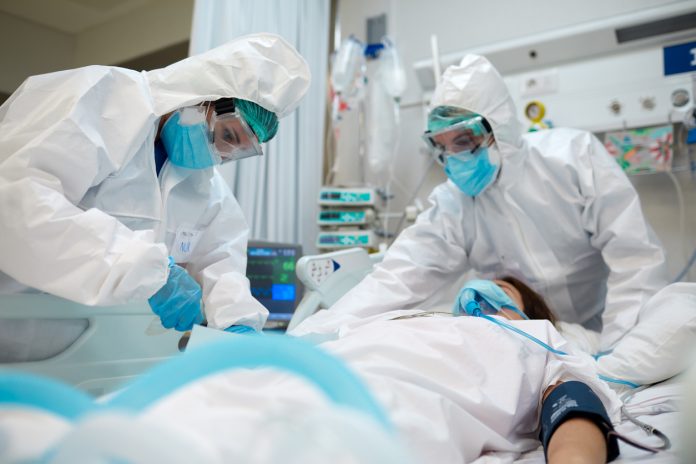 Data of June 16-23 shows that nine districts from the region had a TPR of more than 50 per cent. Representative Photo

The north-eastern parts of the country are expected to become a new hotspot for COVID-19 amid a declining trend in cases elsewhere in India, shows the official data. India has observed a sharp decline in coronavirus cases since the beginning of June. However, states like Arunachal Pradesh, Manipur and Mizoram are reporting a spike in active cases and a surge in positivity.

The Test Positivity Rate (TPR) of districts in the North-East is showing an alarming trend for the last few days. TPR is the number of positive patients per hundred tests conducted. It is one of the vital metrics of assessment of the spread of the pandemic in a specific region

The data of the last week (June 16-23) shows that nine districts from the region had a TPR of more than 50 per cent. This means that at least one person turned out to be positive out of every two persons tested. On the other hand, a total of 22 districts have TPR more than 20 per cent. Arunachal Pradesh has 13 of its districts in this group.

Almost 57 per cent of the districts (65 out of 113 districts) still have more than 5 per cent TPR. According to WHO standards, a region is said to have curbed the infection when it has TPR below 5 per cent.

East Kameng and Chamlang from Arunachal Pradesh are showing very unusual figures of above 90 percent TPR. It can also be attributed to lower testing in the region.

The poor vaccination percentage is also one of the concerning figures from the North-East. Only Tripura has fully vaccinated more than 10 per cent of its population. The North-East has inoculated 1.16 crore people as of June 25. But the percentage of population coverage is still very low, as per data.

Overall all the above metrics show that the Northeast is still reeling under the pandemic while the rest of the country is flattening the curve.

Note: The number of districts may vary as the government has divided a few urban/rural districts into two for the management of COVID data.