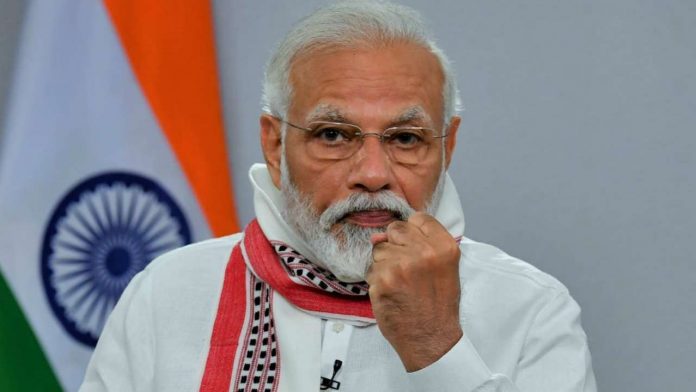 Prime Minister Narendra Modi on Wednesday (March 17) warned chief ministers of all states of a possible “nationwide outbreak of COVID-19” once again and sought their cooperation in taking “decisive steps” to prevent such a situation.

Addressing a virtual meeting with chief ministers in the wake of a sudden spike in coronavirus cases in some states, Modi said that creating micro-containment zones, improved testing and strict implementation of restrictions like masks can save us from yet another crisis.

“The self-confidence that we gained in our corona fight should not turn into overconfidence. Our success should not be the reason for carelessness,” he warned.

The Prime Minister pointed out that a sudden rise in cases was observed in districts and zones where testing and vaccination was less. He emphasized on more RT-PCR tests, instead of relying on Rapid Antigen Tests and said it is time to focus on smaller towns.

“Tier 2 and 3 towns were getting affected this time. It would not take much time for the infection to spread to villages, which would put a lot of burden on the health care system of the country,” he said.

“Over 70 per cent of the tests should be RT-PCR. States should not rely on Rapid Antigen Tests,” said the Prime Minister, adding that the situation demands “pro-active behavior in test, track and treat strategy application”.

Modi also sought full utilization of vaccines and said the shots should be used any how before the expiry date is reached.

Also read: With a massive stimulus bill passed, Biden sees light at end of the tunnel

The Union health ministry said that 61% of the country’s active cases and 45.4% of deaths are concentrated in Maharashtra.

At the beginning of March, Maharashtra’s positivity rate was about 11 percent, which has gone up to 16 percent now. Sadly, while the number of cases has been on the rise, the testing rate has still not picked up.