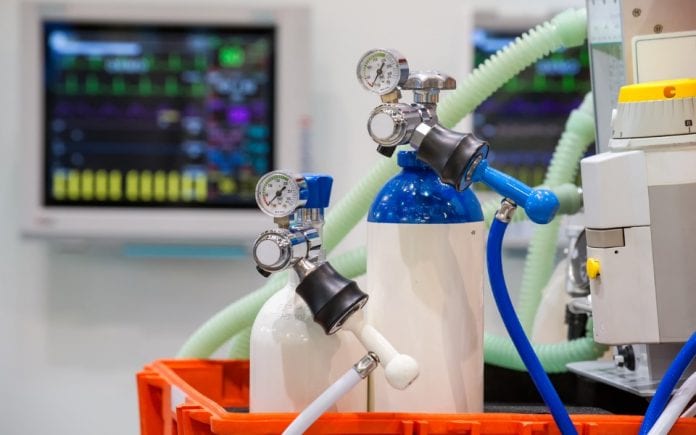 The capital, which is battling a dramatic surge in COVID-19 cases, is on the brink of facing a huge shortage of medical oxygen if stocks are not replenished, said Chief Minister Arvind Kejriwal’s government on Sunday (April 18).

The availability of medical oxygen, which is a critical necessity for COVID-19 patients, is turning out to be a major problem in New Delhi, Maharashtra, Madhya Pradesh and many other states in the country. NDTV reported that Kejriwal told reporters after a cabinet meet on Sunday that they needed beds, oxygen supply and that they were trying to arrange for ICU beds and oxygen.

In fact, the government has turned the Commonwealth Games Village and many schools into COVID treatment centres to prepare for the increasing demand for beds and oxygen supplies.

The Delhi government has in fact requested the Centre to immediately hike up their oxygen quota, tweeted Deputy Chief Minister Manish Sisodia, who explained that due to higher consumption than usual, the oxygen supply allocated to Delhi has drastically depleted. According to Sisodia, hospitals have been flagging the issue of oxygen shortage claiming that they have limited stock left.

Media reports are painting a grim picture of people desperately running from pillar to post trying to obtain oxygen cylinders. Private suppliers have said that they are out of stock and it will take one to two weeks for fresh stocks to arrive. Hence, people are resorting to buying oxygen from the black market by shelling out thousands of rupees.

Meanwhile, Madhya Pradesh (MP) too has witnessed a sharp spike in its consumption of oxygen from 64 metric tonnes on March 22 to 330 metric tonnes on April 18. And, according to an Indian Express report, six critically-ill COVID positive patients undergoing treatment at the ICU ward of Shahdol medical college died on Sunday allegedly because of slump in oxygen supply. However, Milind Shiralkar, the Dean of Shahdol medical college told the media that the hospital did not have its liquid medical oxygen tank refilled but he could not ascertain that the cause of the deaths were due to the drop in oxygen supply.

However, MP, which is another severely affected state has now over 63,889 active cases, and the demand for oxygen has subsequently scaled up. It is expected to further rise from 330 metric tonnes to 440 metric tons by April 20. MP lacks an in-house oxygen production facility and buys 180 metric tons of liquified oxygen from INOX, and gets another 80 metric tonnes from the Bhilai steel plant.

Besides procuring oxygen concentrators from air suppressions units in industrial belts within the state, MP has recently received 30 tonnes of liquid medical oxygen from Reliance Industries Ltd’s unit in Jamanagar in Gujarat.

Meanwhile, according to Union Minister Piyush Goyal the national oxygen production was at a mathematically startling “110 per cent”. However, despite denying any dip in oxygen supplies, the Centre has issued its third emergency order in 24 hours on Friday (April 16) night. The import of 50,000 metric tonnes of oxygen has also been authorised, said media reports.