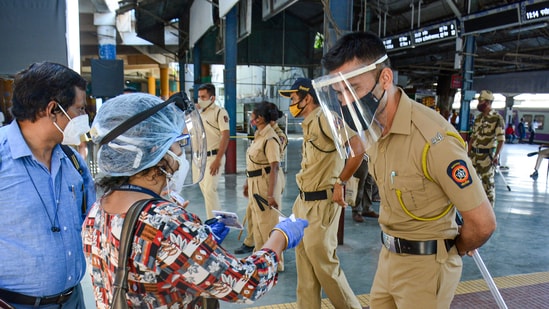 Maharashtra, which has been the worst-affected state in the country in this pandemic, has opted for a 5-level unlock strategy.

According to an NDTV report, as the second wave is winding down, most COVID-hit states, including Delhi and Uttar Pradesh, are planning to lift their lockdowns with a great deal of caution. The memory of the havoc the second wave had created and the stress it had caused on the country’s healthcare system is only too vivid in people’s minds.

In Maharashtra, the lockdown will be lifted completely in Level 1 districts, the state government said on Thursday (June 3). There are 18 such first level districts, which includes the Mumbai suburb of Thane.

There’s a rider however: This lifting of the lockdown is only applicable to districts which had less than 10 per cent COVID positivity rate and where occupancy of oxygen beds was less than 40 per cent. The state also eased some restrictions on Sunday (May 30) by permitting shops selling essential items to be open till 2pm.

Mumbai, which had managed to get the COVID-situation under control in the second wave of the virus – falls under the Level 2 category. The local train services which serve millions of Mumbaikers however will not start functioning for now.

Meanwhile, in West Bengal, where the COVID lockdown was recently extended to June 15, Chief Minister Mamata Banerjee gave the nod to restaurants in the state to open their doors between 5 and 8 pm. However, all the staff members had to vaccinate themselves and the restaurants had to follow COVID protocol, she said, reported India Today.

The CM said that this was being done to ensure the hotel owners could run their business for a few hours which will help them to survive. While meeting representatives of various industry bodies at a special meeting to discuss ways to boost business during the pandemic, Banerjee said that she was not in favour of shutting down business. “But at the same time, we must try and control the disease so that we don’t have to face another wave,” she added, the media report said.

Earlier, on May 31, the WB state had lifted some restrictions and had allowed retail shops including bookstalls to open between noon and 3 pm and IT companies could operate with  a 10 per cent staff strength during the same time period. Constructions work was also allowed if the workers had been vaccinated.