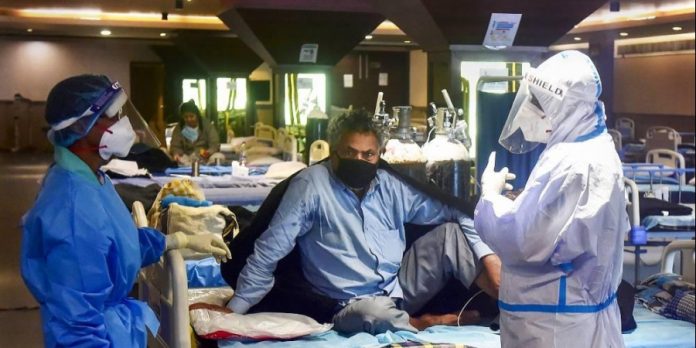 Experts do not rule out the chances of a high number of breakthrough infection in Kerala. Representational Photo

The Central team that recently visited Kerala said around 5,000 fully vaccinated people in Pathanamthitta district of the state have tested COVID positive, a sign of breakthrough infection. Submitting a special report on the COVID situation in the district, the Central team described the situation as alarming.

However, members of the state-level expert committee for COVID management argue that this is a wrong way of looking at the data and it’s wrongly interpreted.

“As many as 3.62 lakh people in Pathanamthitta have been given two shots of vaccination. There are people who took vaccines after being tested positive. This number comes to around 20,000 in Pathanamthitta. There is another category of people who got only one dose and got infected before the second shot. There are people infected before the completion of two weeks after the second dose of vaccine,” says Dr Aneesh Thekkumkara, a member of the Expert Committee and Associate Professor at Thiruvananthapuram Medical College.

Also read: This Kerala district on Central radar after 5,000 fully vaccinated get COVID

“Only those who received both the doses and got infected after two weeks of vaccination are said to be the case of ‘breakthrough infection’ and that number is only 258 in Pathanamthitta,” says Dr Thekkumkara.

“This number of breakthrough cases does not even count one per cent of the total number of people vaccinated,” he told The Federal.

Dr Aravindan, another member of the expert committee, told The Federal that any country hit by the first and second waves of COVID would have the same or more number of breakthrough infections. “258 out of 3.62 lakhs is 0.07 per cent. Making the assessment that a district in Kerala is hit by a breakthrough infection based on these figures is too much of a stretch of the imagination,” he said.

However, experts do not rule out the chances of a breakthrough infection in Kerala being high. “This is because 99.5 per cent of the infected people have survived in Kerala. So, the chances of a re-infection are high compared to other states. Besides, our susceptible population is still the highest,” says Dr Aneesh.

This is made possible by the genomic surveillance programme which is a collaborated effort by the Kerala government and CSIR Institute of Genomics and Integrative Biology.

Kerala’s revised lockdown guidelines have invoked criticism. One of the conditions is that people will have to carry documents to prove that they have either got infected a month ago or got vaccinated two weeks ago. This is widely seen as an unfair and unreasonable restriction because not getting vaccinated is not the fault of the people. Shop owners and bank managers are instructed to let people get in only after checking the required documents.

“This is highly impractical and unscientific. In most families, the elderly are vaccinated, but the youngsters are not. This is unacceptable,” says V D Satheeshan, Leader of Opposition. The opposition UDF has protested against the revised guidelines and boycotted the House on Friday (August 6) and Saturday. However, the police have not yet started insisting on producing the documents. Sources said the police have been told not to be strict about the new guidelines as it can invoke public fury.

According to the new guidelines, the lockdown rules are being implemented on the basis of Infection Population Rate (IPR) instead of Test Positivity Rate. The test positivity rate in Kerala does not show any sign of relief. On August 6, 2021, 19,948 new cases have been reported over 24 hours, marking a test positivity rate of 13.13. Across 52 local bodies, 266 wards have an IPR above ten. The Chief Minister’s office said that triple lockdown would be implemented in these wards.