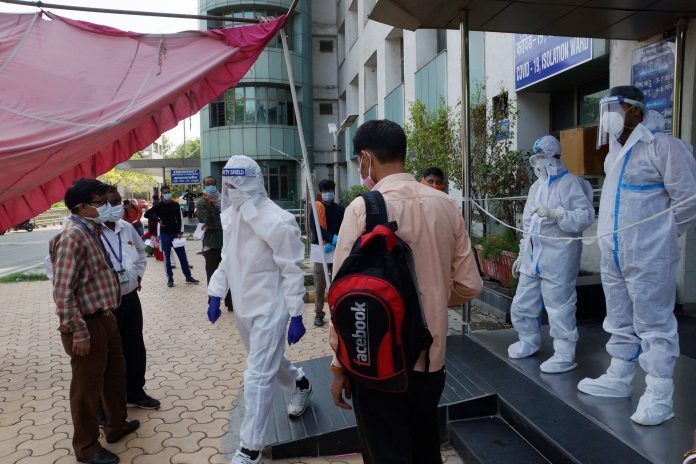 India’s death toll in the unrelenting second wave of the pandemic continues to worry the government and health experts, as 3,207 COVID fatalities were reported on Wednesday (June 2) after dropping below the 3,000 mark.

A report in Hindustan Times said that even as the number of daily fresh infection cases has dipped, the deaths due to COVID-19 continue to be an area of concern for the government and health experts. The total tally of deaths in the country so far hover at 3,35,102. Moreover, the fatalities had fallen to below 3,000 on June 1 but the tide turned again the next day with 3,207 deaths reported in the country on a single day.

The Union Ministry of Health and Family Welfare data revealed that more than 70 per cent of India’s cases are being reported from six states – Maharashtra, Tamil Nadu, Karnataka, Kerala, Uttar Pradesh and West Bengal. These states  account for 72.2 per cent of the cumulative deaths recorded in India on Wednesday, added the report.

Also read: Only one COVID strain found in India a cause of concern, says WHO

The active cases in the country however recorded below 20 lakh for the second consecutive day, and on the positive side, the number of recoveries outnumber daily new cases for the 20th consecutive day.

To curb the spread of the virus, the government on Tuesday (June 1) finally took the decision to cancel the CBSE class 12 examinations. According a statement issued by the Prime Minister Narendra Modi, COVID-19 had affected the academic calendar. Since the board exams always caused a lot of anxiety among students, parents and teachers and this would be compounded with the pandemic. “Students should not be forced to appear for exams in such a stressful situation,” said the PMO statement.

Nearly 1.4 million students were scheduled to take the CBSE class 12 examinations, which are highly critical for students since entrance to professional courses and other prestigious institutions depend on these marks.

Im quite tired and exhausted: Warner ahead of...