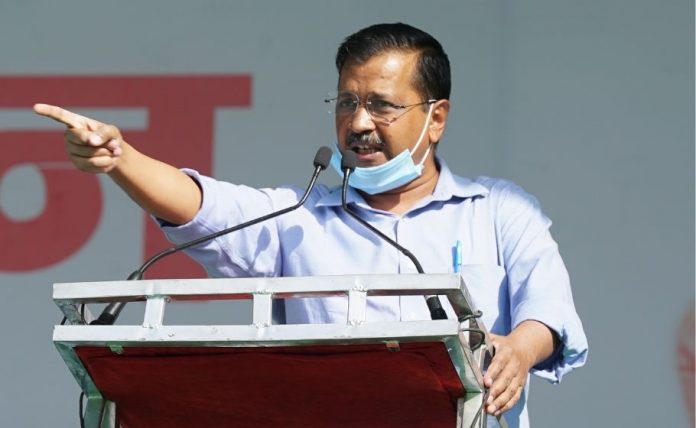 States cannot individually buy vaccines any more than they can procure separate stores of weapons and ammunition in case of an attack by Pakistan, Kejriwal said | | Photo: Twitter

States cannot individually buy vaccines any more than they can procure separate stores of weapons and ammunition in case of an attack by Pakistan, he said.

Kejriwal called on the Centre to urgently procure enough doses to inoculate people in Delhi and across the country, rather than leaving it to states to try and negotiate separate deals with manufacturers.

“Why isn’t this country buying vaccines? We can’t leave it to individual states. We are at war against COVID-19. If Pakistan attacks India, will the Centre leave states to defend themselves? Will Uttar Pradesh buy its own tanks or Delhi its own guns?” he asked.

“Unlike many other countries, India delayed vaccination by six months. The first vaccine was made by Indians in India. We should have been manufacturing and stocking up since then… if we’d done that, we may have prevented some of the deaths in the second wave.”

India has been hit hard by the second wave of infections, with more than 3,000 deaths per day being recorded since April 28 – a gross undercount according to experts.

By contrast, the most deaths in a day in the first wave was less than 1,200.

Under the Centre’s new “liberalised” vaccination policy, states are now required to independently source 50 per cent of their vaccines. However, according to several state authorities global pharma giants have refused to deal with individual states and have said they will deal only with the Centre.

“We cannot change what happened but, for the past two months, every state is trying to get its own vaccines. As far as I know, no state has been able to manage a single dose [apart from stocks supplied by the Centre]. Many states tried but failed,” Kejriwal said.

“This is a time for the country to work together and not for states to compete among themselves for vaccines. I request the prime minister – we can’t do the job that is not ours. You get us the vaccines, we will do our job [of vaccinating people],” he added.

“We have already lost six months… more lives will be lost if we don’t work together as Team India to defeat coronavirus.”