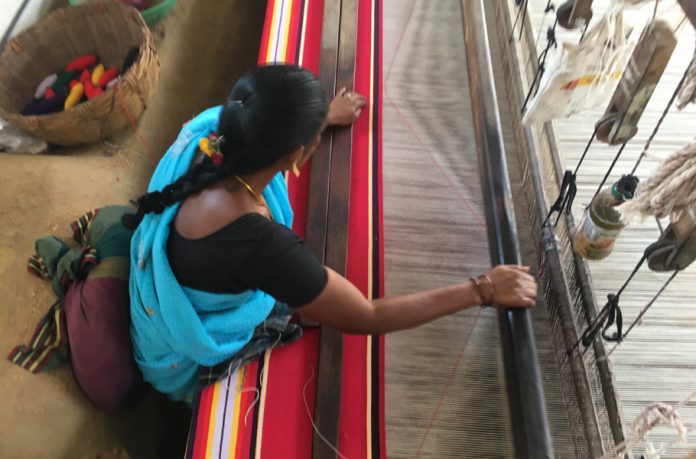 Picture for Representational Purpose Only

The COVID-19 pandemic and repeated lockdowns continue to take a toll on Karnataka’s weavers, both in the handloom and powerloom sectors. Their income has dropped 70 per cent to 80 per cent; in the past year; many are caught in deep financial crisis and wonder if they’d ever be able to get back on track.

“In a week we get work only for three-four days. And in a day we can weave two saris [powerloom] and earn ₹100 on each,” Kaudi says. Before the lockdown, according to Kaudi, he used to work for 10-12 hours and earn ₹3,000 a week. But now he works only for five to six hours and earns ₹800 a week.

In Belagavi, several looms have closed following a drop in sales. March to May remains the peak season with marriage orders and bulk purchases. But with lockdown restrictions, their business remains affected.

“We are living on a hand-to-mouth budget. Because the government is giving us ration, we are able to live. The financial distress is unbearable,” Kaudi says.

Kaudi says he has a loan of ₹28,000 to repay. “I have taken a loan from private money lenders… While they have given me time to repay, the interest rates have increased substantially. I have no choice but to accept,” he says. “How can a family of four survive with ₹800 as weekly income.

COVID-19 dented the sales of garments across all regions in the state. But the weavers in Belagavi in particular suffered a double blow. In 2019, floods inundated the district and ruined their businesses with damages to yarns, looms and design plates.

By the time they could recover from the downfall, the pandemic hit them again. And while they thought the worst was over and resumed work in October 2020, the second wave has completely halted their business. With the pandemic spreading to rural areas, work remains stopped in many areas.

Another weaver, Ravi Patil, 37, says he can earn only ₹500 a week as the loom owner has capped the work to five saris a week to each worker. Patil says he used to earn ₹3,000 before the lockdown. “The financial packages or the loan moratorium do not reach workers. It helps loom owners. But not us. We are not even recognised as workers. So how can we avail the benefits,” he asks.

Ravi says he lost an investment of ₹4 lakh three years ago as the business was affected back then. As his borrowing capacity got affected post that, he says he’s now borrowed money from friends and relatives to cope.

These two weavers are among the 3 million-odd workers across the state who are finding it hard to sustain. Small clusters in and around Bangalore are on the verge of shutting down or reducing the wages of workers. A weaver in Doddaballapur said they are paid wages or ₹80 instead of ₹100 (earlier rate) and ₹150 instead of ₹200.

The financial distress in the sector is so severe that 17 people ended their lives by suicide in one year to March 2021, according to a Deccan Herald report.

Textile Commissioner UP Singh and Additional Director CS Yogesh in the department of Textile and Handlooms could not be reached for comments.

In July last year, the Centre dissolved the All India Handicrafts Board and the All India Handloom Board as part of its ‘Minimum Government and Maximum Governance’ initiative. It had members comprising weavers and artisans from all over India. The decision has riled many as they feel the only forum where they could take their grievances is now shut.

Budget: How much sense does zero capital allo...

6:30 AM, 2 February, 2023 0
When significant credit growth is anticipated, it is essential to equip banks with adequate capital and adequate resources to meet such credit demand