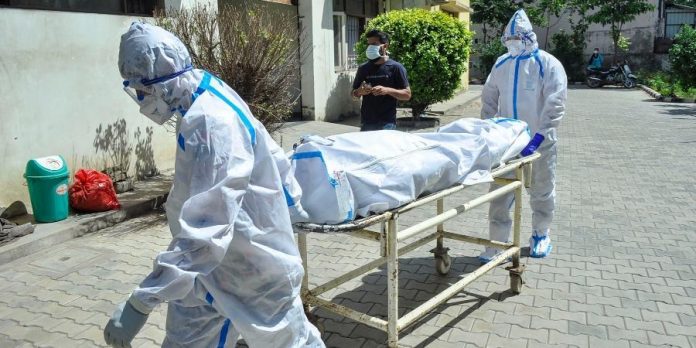 Tamil Nadu claims to have worked on a war-footing to avoid oxygen related deaths. (Representational image)

“No deaths due to lack of oxygen have been specifically reported by states/UTs.” This reply, given by Union Minister of State (MoS) for Health Bharati Pawar in the Rajya Sabha, has sparked a debate across the nation. Even as the Opposition sharply criticised the government for the statement, social media platforms were flooded with comments from users across the spectrum lambasting the claim.

Meanwhile, six states, including the worst-hit Maharashtra, have backed the Centre’s claim.

The Federal takes a look at the state governments’ claims vis-à-vis news reports on the oxygen-related deaths in the respective states.

According to crowd-sourced data collective Data Meet, a total of 619 oxygen-related deaths were reported across 21 states until June 21, 2021. These were related to oxygen shortage in direct or indirect ways, as reported by the media.

Goa reported the highest (83) such deaths in a span of just five days. Madhya Pradesh, Delhi, Karnataka, Maharashtra and Uttar Pradesh reported more than 50 deaths each due to the oxygen crisis.

Maharashtra’s Health Minister Rajesh Tope has denied any death in the state due to oxygen shortage, making it the latest state to back the Centre’s claim of zero oxygen deaths. Tope told ANI: “No (COVID) patient died due to lack of oxygen in the state.” He also said the state has filed an affidavit in the court in this regard.

No (COVID) patient died due to lack of oxygen in the state. We filed an affidavit to this effect in the court also. We had diverted 100% oxygen meant for industrial use for medical purposes: Maharashtra Health Minister Rajesh Tope pic.twitter.com/1VDqmfMGre

However, the data collated by DataMeet show that the state saw at least 59 such deaths. The Zakir Hussain Municipal Hospital in Nashik saw the biggest incident, where 24 patients died due to the unavailability of oxygen. The hospital faced a supply disruption due to leakage in the main tanker.

Palghar was the first place to report alleged fatalities due to oxygen shortage. Two hospitals there – Vinayak Hospital and Riddhivinayak Hospital – reported 10 deaths on April 12. From Thane, Gondia, Nagpur and Kolhapur, a total of 25 deaths were reported.

Tamil Nadu witnessed a total of 48 deaths due to oxygen shortage, according to DataMeet. The first such incident was reported in Vellore on April 19, where five patients died. The relatives of these patients alleged that the deaths occurred due to an oxygen shortage at the facility.

In May, Chengalpattu and Tirunelveli witnessed 13 deaths each for the same reason. The state reportedly witnessed more such incidents in April and May 2021.

He added that there was a shortage of medical oxygen in some hospitals but the state government took timely action to address the issues.

However, according to reports, Madhya Pradesh saw 16 incidents where a total of 65 patients allegedly died due to oxygen shortage at medical facilities. The Bundelkhand Medical College Hospital was the first medical facility to report oxygen-related deaths in the state. The rest of the deaths were reported over April-May at various locations.

Bihar admitted to a spike in demand for oxygen but claimed there were no deaths. “A total of 9,632 people died of COVID in Bihar so far but none of them died due to shortage of medical oxygen,” said Bihar Health Minister Mangal Pandey.

The demand for medical oxygen increased 14-fold during the second wave of the pandemic, he said. “But it didn’t result in any death,” he asserted.

Patna witnessed the first oxygen-related deaths in the state on April 17, according to news reports. It was followed by a few other such incidents, where 20 patients in all died due to the oxygen crisis, show data.

The Goa government admitted to a delay in reporting COVID deaths but claimed no oxygen-related deaths happened.

]The coastal state, which had reportedly seen the maximum deaths related to oxygen shortage in May, now claims to have witnessed zero such incidents. Chief Minister Pramod Sawant said: “Goa is the only state which reported accurate COVID deaths.”

He said there was a delay in reporting deaths from private hospitals but denied any oxygen related deaths in the state.

According to reports, Goa witnessed the worst oxygen crisis amid the second wave of the pandemic. The Goa Medical College in Bambolim reported 83 oxygen-related deaths over five consecutive days in May. The oxygen levels in Goa Medical College and Hospital (GMCH) dropped on May 11 and resulted in the death of 21 patients. The crisis persisted for the next four days to claim 62 more lives due to oxygen shortage, as per reports.

Chhattisgarh Health Minister TS Singh Deo claimed his was an ‘oxygen surplus state’ that saw no deaths due to lack of oxygen.

He attributed supply problems to issues in the management and distribution of the gas rather than a shortage. He also said the Centre took credit for ‘all good things’ while blaming states for ‘everything bad’.

Per media reports, the state did see an oxygen-related death at the Medical College of Basantpur on April 13. A patient succumbed to death after his oxygen level dropped below 70, as per the reports.

Jain said the Delhi government had formed an audit committee to assess the oxygen crisis and provide compensation to COVID victims. However, he alleged, “This committee was stopped by the Centre through the Lieutenant Governor.”

Further, Jain said, the Delhi government has already submitted a report on 21 such deaths to the Delhi High Court. Delhi reported 59 such deaths, according to Data Meet.