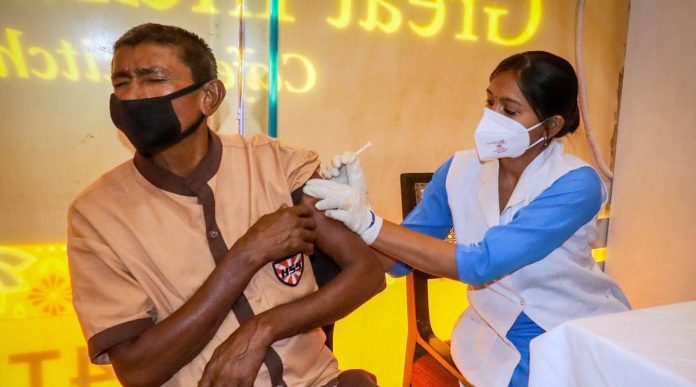 Eight-month pregnant Renu Devi belongs to Pataudi, a town in Haryana located 75 km from Delhi and nearly 40 km from Gurugram, a financial and IT hub of Haryana. She felt difficulty in breathing and other COVID symptoms. Her husband, Ranbir, along with their young daughter drove around Pataudi for hours to get Renu admitted to a hospital only to find out that there is none to treat COVID patients.

After trying his best in Pataudi, a disappointed Ranbir took his wife to Manesar as it is the closest town near Pataudi. Manesar is an industrial town located 25 km from Gurugram and 50 km from Delhi. But he was told by doctors in Manesar to go to Gurugram to get his wife treated as Manesar also doesn’t have any COVID treating facility.

By the time they reached Gurugram, Renu was no more.

People living in small towns of the country, particularly Haryana, are often redirected to big cities to get themselves treated. Many like Renu die on the way and others don’t get a bed in big cities as they are reserved for the locals.

A senior leader of Haryana’s ruling ally Jannayak Janata Party (JJP) Dayanand Kundu succumbed to Covid-19 on Monday (May 3). Kundu was a member of the JJP’s national executive committee. He fought the 2019 assembly elections from Safidon town in Jind district of Haryana.

Also read: COVID quarantine: It is a different connotation for urban and rural residents

Ompati Sharma, a Jind resident, developed COVID symptoms. Rajesh, Ompati’s son, immediately took her to a private hospital where doctors told him to get his mother’s COVID test done from the Civil Hospital Jind. Private hospitals in small towns are not allowed to conduct the tests because they don’t have the treatment facilities. Only those hospitals with COVID treatment facilities can conduct tests.

Rajesh took Ompati to the Civil Hospital where the lab assistant took the sample and gave a waiting time of two days for the results. Even after three days, the result didn’t come. When Ompati started facing difficulty in breathing, Rajesh again took her to a private hospital where they admitted her as a non-COVID patient.

In small cities, there are no hospitals for the pandemic treatment, but till the time it is proved that one is COVID positive, they can admit such a patient. These hospitals neither have proficiency in treating COVID patients nor have ventilators required to treat serious patients; they administer only oxygen.

It was only after a week that they got the result: Ompati was COVID positive. The private hospital where she was admitted immediately discharged her and directed her to the Civil Hospital in Jind.

And in Jind Rajesh was told him to take her to a big city as they had no ventilator.

Rajesh tried his luck in Rohtak, Hisar and Gurugram which are 60, 80 and 150 km from Jind respectively. There was no bed available. Ompati died. Rajesh told The Federal: “I hold the system responsible for murdering my mother. No one helped us.”

Also read: Dead will not come back, no point in discussing death numbers: Haryana CM

In Farmana village of Rohtak district of Haryana, 13 people have died in the last 15 days. Out of the 13, eight were elderly. Village head Suresh Singh told The Federal, “While there were only three deaths in the last one year, in the last 15 days, there have 13 deaths. There are many others who are not feeling well in the village. It could be due to COVID.”

Villagers lack awareness. “They continue to work without the masks, arrange social gatherings and are largely unaware of the seriousness of the situation. That’s why they are not able to read the COVID symptoms. A further absence of effective health infrastructure makes the situation very difficult,” says Sarita Singh, an Ayurvedic medical officer in-charge of five villages in Rohtak.

Aunindyo Chakravarty, a senior economic analyst, says since the 1990s, the official strategy has been to encourage private sector investment in health. Almost the entire health infrastructure is focused in big cities, where hospitals have mushroomed.

“Medical insurance industry has boomed. The logic is that consumers as a community will pay for each other through annual premiums, instead of the government ensuring health for all. The Modi government too has bet big on it hospitals,” he said.

He says it is a wake-up call for India’s policy-influencing middle class.