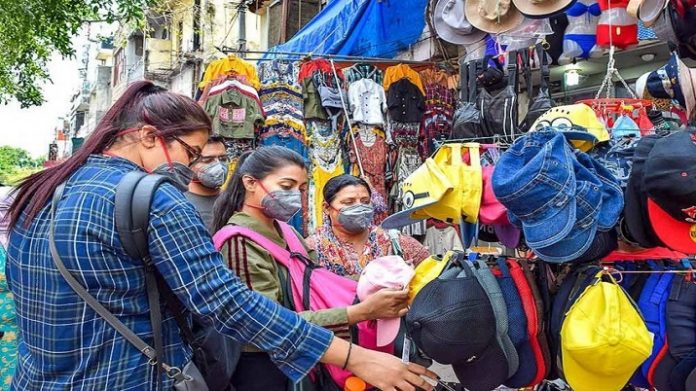 The lockdown in Delhi, which was to end at 5 am on Monday (June 7), will be extended further. PTI Photo

The Delhi Metro will operate at 50 per cent capacity and markets and malls in the national capital will open on an odd-even basis from June 7, Chief Minister Arvind Kejriwal said on Saturday (June 5) as he announced further relaxations in lockdown, PTI reported.

He said the Delhi government will set up two genome sequencing labs at the LNJP Hospital and the Institute of Liver and Biliary Sciences to determine the coronavirus variant that led to a surge in cases in the city.

The lockdown in Delhi, which was to end at 5 am on Monday (June 7), will be extended further but several relaxations will be allowed, Kejriwal said during an online briefing. Government and private offices will be allowed to reopen with 50 per cent attendance.

He said markets and malls will be allowed to open on an odd-even basis from 10 am to 8 pm. Gymnasiums, swimming pools, water parks, salons, educational and coaching institutes, cinema halls, theatres, weekly markets will remain shut.

“As and when the situation keeps improving, more relaxations will be announced. This is what is being done currently,” said Kejriwal.

He said the Delhi government is preparing for the third wave of COVID-19 keeping in mind that 37,000 daily cases may be reported at its peak and making arrangements for beds, ICUs and medicines.

A paediatric task force has been set up to decide the number of beds, ICU facilities and other equipment needed for children, who are feared to be affected in the third wave, he said. Delhi is also creating an oxygen storage capacity of 450 MT, purchasing 25 oxygen tankers and installing 64 small oxygen plants.

He said a team of experts and doctors will prescribe useful medicines and a buffer stock of COVID medicines will be created.