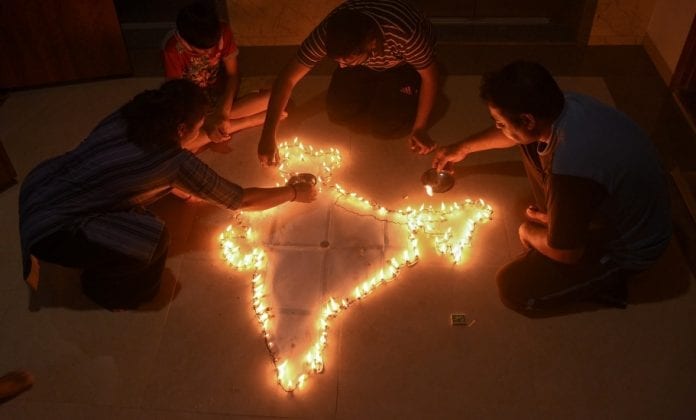 Nearly one in four districts is still reeling from COVID-19 despite the ‘flattening’ of the pandemic curve in the country.

One hundred and seventy-six districts out of 732 reported more than 5 per cent test positivity rate (TPR) for seven straight days from June 16 to 22, according to health ministry data.

TPR is the number of positive patients per hundred tests. It is a vital parameter to assess the status of the spread in a certain geographical area. Higher TPR suggests faster spread of the virus.

According to the World Health Organization, TPR of less than 5 per cent means that the infection is under control.

Following the second wave of the pandemic districts in the Northeast are showing worrying figures. Ten districts from the region reported TPRs of more than 50 per cent during the seven days.

Two Arunachal districts – East Kameng and Changland – reported TPR more than 90 per cent. Lower testing numbers could be one of the causes behind such an unexplainable spike in TPR. Nine out of ten districts with more than 50 per cent positivity rate are from the Northeast – Kinnaur (60.53 per cent) in Himachal Pradesh the sole district that lies outside the region.

Sixty-six districts reported between 10 and 50 per cent TPR during the period. This group included districts mainly from Arunachal Pradesh, Assam, Kerala, Manipur, Meghalaya, Odisha and Rajasthan.

A hundred more districts have more than 5 per cent TPR. As per WHO criteria, these localities still have not contained the spread of the virus. These districts are mainly in Andhra Pradesh, Assam, Maharashtra, Odisha, Tamil Nadu and West Bengal.

The rest of the districts (about one-third) reported less than 5 per cent TPR during the period. This category includes 556 districts from across the nation. Most of the districts from the worst affected states like Maharashtra, Karnataka, Chhattisgarh, Gujarat and Uttar Pradesh now fall under this category. All 11 sub-divisions of the national capital Delhi have less than 5 per cent TPR as of June 23, the data shows.

Interestingly, a total of 18 districts reported 0 per cent TPR for the week. Telangana accounted for 10 of these districts. Nagaland had three. Arunachal, Lakshadweep, Madhya Pradesh, Sikkim and Uttar Pradesh had one district each.

India’s TPR stands at 2.91 per cent as of June 24. Thus the overall figure is well below the WHO’s criteria of 5 per cent.