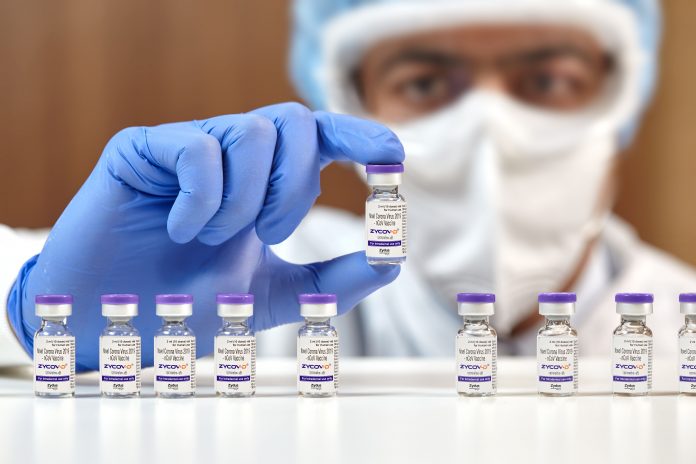 About a week after domestic pharma major Zydus Cadila agreed to bring down the price of its COVID vaccine, it is set to join the national inoculation drive against the viral disease. The Centre is reported to be placing an order for one crore doses of the ZyCoV-D, the needleless shot which would be India’s second indigenous vaccine against COVID after the Covaxin.

Under its national vaccination plan, the Centre is set to procure the Zydus shots at ₹358 apiece plus taxes, later this month. Per media reports, the Union Health Ministry has cleared the paperwork. The ₹358 includes the cost of a disposable painless jet applicator that would be used to administer each dose.

The Ahmedabad-based pharmaceutical firm had earlier priced ZyCoV-D at ₹1,900 for three doses —the vaccine requires a three-shot regimen, against two each of Covaxin and Covishield. It reportedly agreed to bring down the price subsequently. The company is likely to supply one crore doses a month, which it has conveyed to the Health Ministry.

ZyCoV-D is purported to be the world’s first DNA-based COVID vaccine. The Drugs Controller General of India (DCGI) has reportedly cleared it for inoculating those aged 12 or more. However, since the production capacity is currently limited, it will first be administered to adults.

Each dose comprises a shot in both arms. The three doses need to be given 28 days apart. The company will give hands-on training to frontline workers, vaccinators and other medical professional to operate the needle-free pharma jet application.

The drug regulator had given the ZyCoV-D for emergency use authorisation on August 20.

Separately, the National Technical Advisory Group on Immunisation (NTAGI) is working on a comprehensive programme for paediatric immunisation. This includes developing a priority list of comorbidities.

The need for paediatric doses has become sharper with the reopening of schools. With most States allowing schools to hold physical classes now, there has been an increase in COVID cases among children.