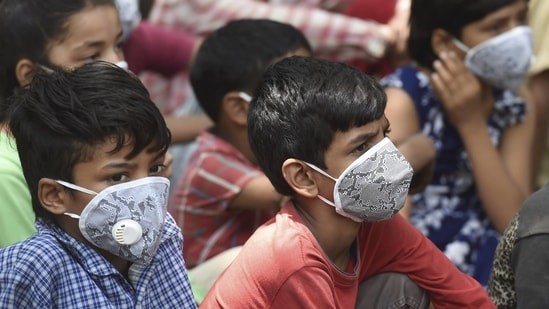 As some reports indicate that cases of children suffering from coronavirus are on the increase in Bengaluru, health officials have stepped up efforts to prevent any spread and mitigate the possibility of a third wave in the city.

This comes against the backdrop of a government’s recent decision to reopen schools in the state on August 23 for classes 9 to 12, said media reports.

Quoting the Bruhat Bengaluru Mahanagara Palike (BBMP), the city’s municipal corporation, LiveMint said that 543 children, 270 girls and 273 boys, were found to be COVID-positive in the first 10 days of August. Though, the BBMP assured that the 502 children were either asymptomatic or had mild symptoms.

Yet, the civic authorities has swung into action and is taking steps to ensure the COVID-19 cases do not get out of hand, said a News18 report.

The News18 report further quoted a Hindustan Times article in which the state’s health minister K Sudhakar had said that 15 million children will be tested by the Karnataka government to detect vulnerable groups and then closely monitored. Further, the minister had revealed that the Chief Minister Basavaraj Bommai will launch the ‘Arogya Nandana’ programme shortly.

Under this programme, all the 1.5 million children in the state will be tested and the children with low immunity and other comorbidities will be identified. They will then be given nutritious food and supplements to boost their immunity.

“For their safety, we’ll take every precaution,” he said, the HT report added.

Meanwhile the New Indian Express too reported that on August 18, the health minister Dr K Sudhakar had reviewed the COVID situation in Bengaluru Rural. Here too, children with low immunity was identified and he had promised that steps will be taken to boost their health.

Many children in this district, which reported a low positivity rate, however had lung problems, anaemia, kidney problems, and malnutrition. These findings had emerged from a recent investigation. Dr Sudhakar promised to treat the identified children and conduct regular health check ups for them.

Also watch: Spike in Covid cases among children in Bengaluru?

Moreover, amid concerns about a third wave which may end up affecting children more, the state government and BBMP have augmented the number of healthcare facilities available to treat children.

A special paediatric Covid Care Centre (CCC) has been established to treat infected children and pregnant women in Bengaluru south, said the Times of India.

CCCs are being established in case there is a surge in cases among infants and young children. These centres are installed with playstations and the walls are decorated with cartoons. Children will be given mythology books and can spend time drawing and creating artefacts.

These elements have been brought in to ensure children relax and not get anxious about their infection, BBMP sources had told TOI. Parents will also be allowed to stay with their children.

However, the BBMP made an appeal to Bengaluru citizens not to panic. And, they must not rush infected children to hospitals. BBMP chief commissioner Gaurav Gupta however clarified that there has been no significant increase in coronavirus cases in the city.

“The city was reporting a daily average of around 450-500 cases earlier, but it has now reduced to an average of 388 per day,” Gupta said, the News18 reported.

Children (0-18 years old) had accounted for around 11 per cent of all COVID cases in the city, according to the Palike report, which analysed data from the past four months on paediatric cases.

The Union Health Ministry too has refuted that the next wave of the pandemic would prove more serious to the ‘vulnerable and unvaccinated’ population comprising children. At the same time, it has upped the paediatric services across the nation as a preventive measure.