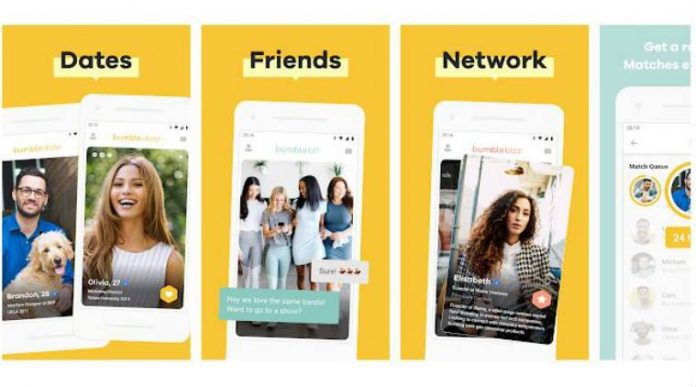 Unarguably, the pandemic has upended our lives, but it seems to have done good for the sex life of young Indians. Staying true to our Kamasutra legacy, a new survey by a dating app showed that the rules of the dating game for young single Indians have undergone a “seismic shift”, especially in their approach towards sex and intimacy as they candidly admitted to now being more open to exploratory sex.

Their priorities when it comes to choosing their dating partner have also changed and become more focussed as they place a lot more store on “compatibility”.

These insights have been gathered from a survey conducted by feminist dating app, Bumble. This dating app, in which actor Priyanka Chopra has also invested in, differs from other dating portals and apps since a conversation can only be initiated by a women in heterosexual matches.

The survey was conducted on the Bumble app in Australia, the US, and the UK, Canada and India in July. And, Bumble also commissioned a nationwide survey and conducted by YouGov with a sample of 2,003 single adults across India in June.

Clearly, pandemic seems to have unlocked the inhibitions of young Indians as they claimed to have become more open to exploration when it comes to sex. And, what’s more, Indians seemed to be topping the chart as 34 per cent Bumble users from India gave an enthusiastic nod to being adventurous during sex. This number were higher than the US, the UK, Australia and Canada, said the app, reported Mint.

About 65 per cent of single Indians claimed their approach to sex and intimacy had changed after the pandemic. One in three people shared that they were allowing someone they were dating to come closer to them than ever before. Again, about one in three people seemed to have ‘locked down’ and started living with someone they met on a dating app since the second wave hit India in March, added media reports.

Moreover, nearly half of the Indians surveyed on Bumble (47 per cent) said they were not shying away from expressing what they want from a sexual partner. The app was clearly witnessing  an increased openness to sexual experimentation, said the Mint report.

After the lockdown has been eased, more than half of Bumble users (60 per cent) surveyed in India indicated that they were keen to get more sexually active.

Increasingly, young people are also willing to be frank and talk about their boundaries and desires when it comes to sexual health and preferences. Over half (51 per cent) of those surveyed responded that they were doing something different when it comes to sex and intimacy this year.

Twenty-six per cent of Bumble users surveyed in India indicated that they are planning to express their sexuality differently now as compared to a year ago.

Single people in India are not keen any more to do random dating. They are being more “intentional” when it comes to dating, with over half of daters surveyed indicating that they are trying to find a partner that’s right for them. Daters today are placing a lot of importance on compatibility.

According to a statement issued by Bumble, 13 per cent+ of their users in India have become more discriminatory and added more steps to screen potential partners. They want partners who will be in sync with them.