The COVID pandemic and the resultant lockdowns have irreversibly changed the business paradigm in India. Riding the wave are e-commerce firms, promising delivery of services and goods with minimum social contact and maximum hygiene.

Perhaps to tap the trend, Gurugram-based food delivery firm Zomato, which started out as a restaurant review site and expanded to become a leading food aggregator and deliverer, has announced plans to launch an initial public offering (IPO).

Zomato plans to raise about ₹8,250 crore through the public issue. Of this ₹7,500 crore will be raised by a fresh issue of equity shares. The balance ₹750 crore-worth shares come from a stake sale by e-commerce major Info Edge, which holds an 18.55% shareholding in Zomato. The IPO is pegged as one of the largest by an Indian consumer internet firm (one that caters to individual consumers, and not businesses). 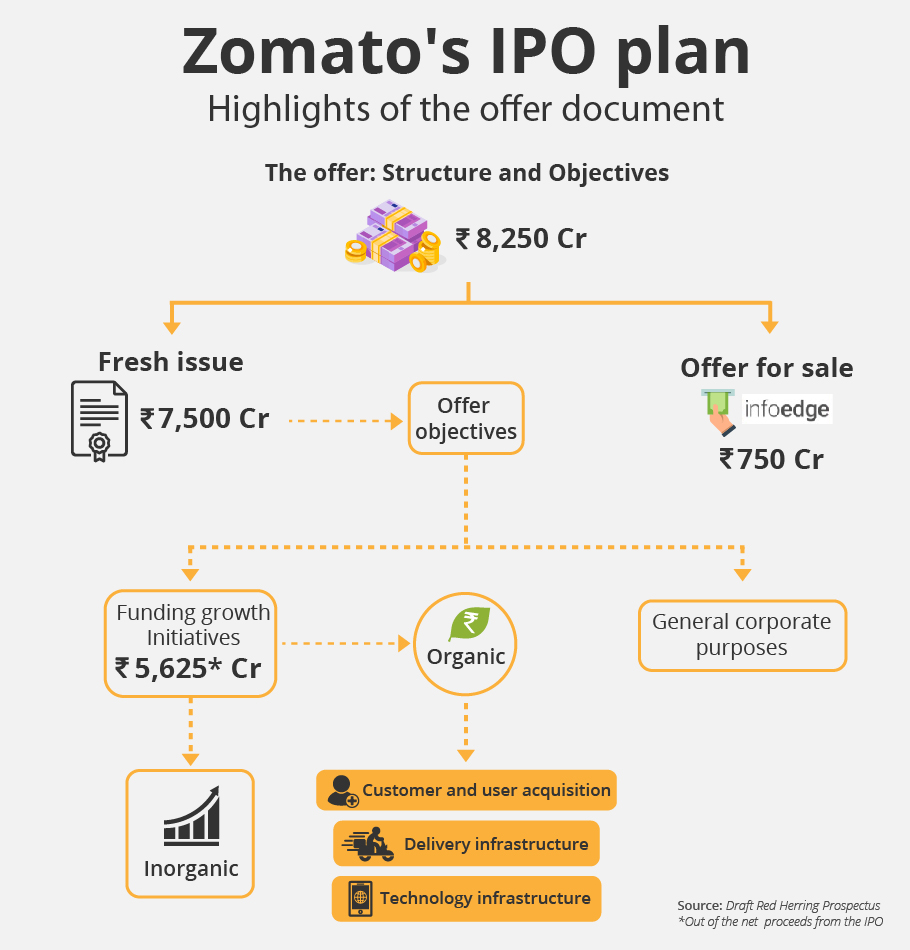 How the funds will be used

Zomato has not announced a timeline for the IPO yet. Potential investors can, meanwhile, do a deep dive into the food aggregator’s finances and performance to decide whether or not they wish to invest in the stock.

The biggest query of analysts appears to be, “After COVID, what?” When the pandemic is finally contained, and movement curbs eased, restaurants will pull back customers with a vengeance. People, too, are likely to want the eating out experience after a long hiatus. This means food delivery firms will see a big dent in their business.

Yet, it cannot be denied that food delivery is here to stay, whether or not the market retains its present sheen. And, in that market, Zomato has a sizeable presence with strong brand recognition. Research firm CLSA estimates the online food delivery market size at $11 billion over the next five years, and Zomato can hope to account for a substantial chunk of it. 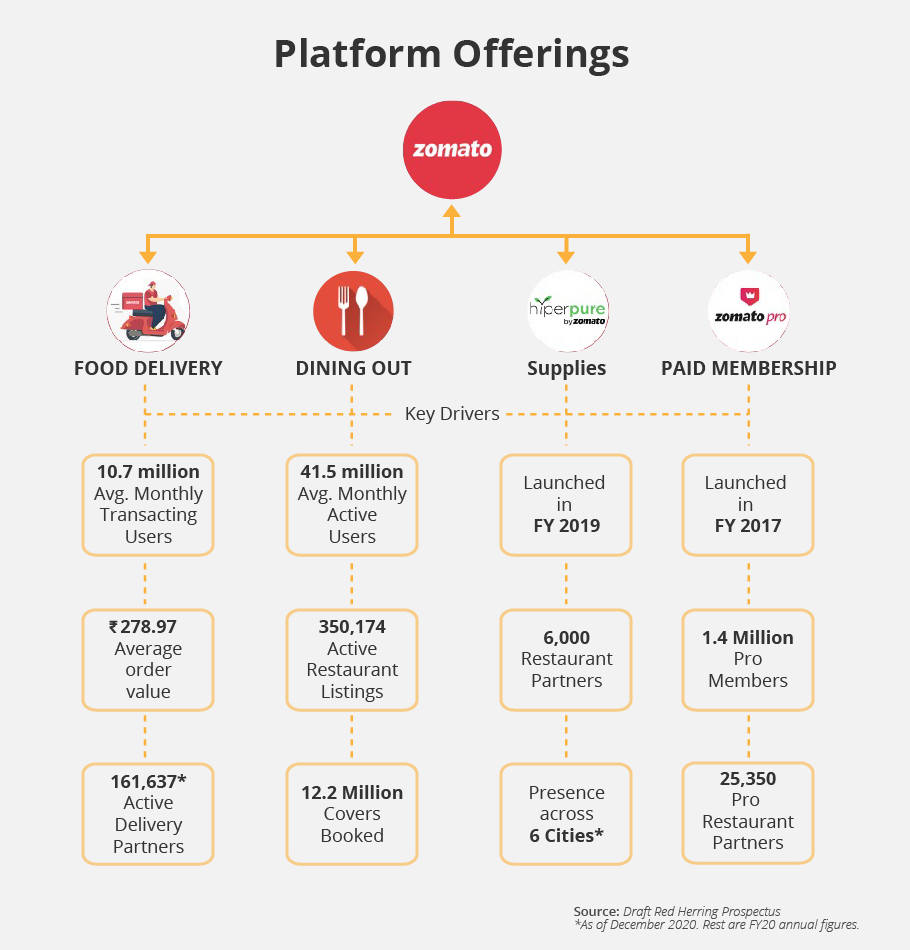 There are some concerns on Zomato’s valuation and financial health. It turned unicorn (a term that refers to a start-up valued at $1 billion or more) in 2015, and its valuation has since grown steadily to reach over $4 billion now, as per analyst estimates.

How far such a valuation is sustainable is not easy to predict since the market is in a state of flux right now. Also, there is little concrete data on the food market in India, since a humongous portion of it is accounted for by unorganised players.

According to its Draft Red Herring Prospectus (DRHP), filed with market regulator SEBI (Securities and Exchange Board of India) ahead of its IPO, Zomato has been posting losses for the past four financial years. However, e-commerce companies are mostly loss-making the world over. Hence, prospective investors may be advised not to worry too much about Zomato’s balance sheet. Encouragingly, according to the DRHP, Zomato’s average order value (average bill) has risen from about ₹378 in the first quarter of fiscal 2020-21 to about ₹408 in the third quarter of that year.

The competition in the field is formidable. At present, Zomato and its Bengaluru-based rival Swiggy run a near-duopoly in the food delivery sphere with an almost 90% share. Amazon India, which has just entered that sector, could prove a formidable competitor, since it enjoys greater financial muscle as well as a well-entrenched delivery network.

The rise of smaller, regional delivery services, referred to as ‘hyperlocal’ in e-commerce parlance, could also pose a risk for Zomato. In such a scenario, how far the unicorn can sustain its high valuation remains a puzzle.

As analysts point out, in the food delivery business, ‘cost to switch’ is practically nil — customers can simply stop using one app and use another.

Ahead of IPO, Paytm to infuse ₹743 Cr in founder’s investment firms

Explained: The what, when and why of Paytm’s $3-billion IPO